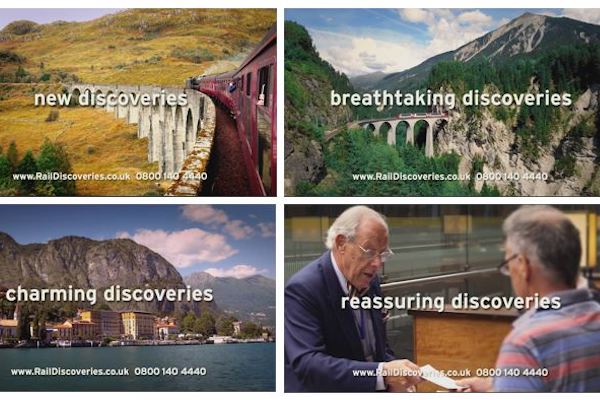 Part of the Great Rail Journeys group, the company will screen its debut advertisements on Boxing Day.

The ads will feature the tagline ‘See more. Do more. Discover more’ while imagery will showcase some of the best-selling destinations in the Rail Discoveries portfolio.

Viewers will see Scotland’s Jacobite Steam Train; the Glacier Express in the Swiss Alps; the German city of Cologne; the Italian landscape of Lake Como; and Spanish city of Barcelona.

It will appear in prime time spots over the Christmas period, including during ITV3’s Poirot, Vera and Maigret; More4’s Old People’s Home for 4 Year Olds at Christmas, and Yesterday’s Trains that Changed the World.

Katie Parkinson, Rail Discoveries brand manager, said: “As Rail Discoveries respond to a consistently increasing number of enquiries from those looking to book an escorted rail holiday, we are thrilled to meet that demand and share some of our most popular destinations with our first TV advert.