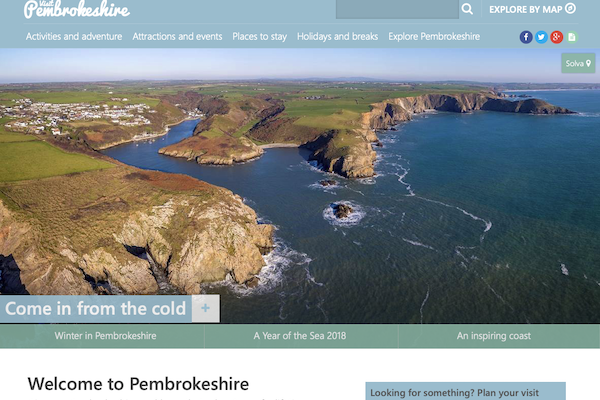 Pembrokeshire County Council could scrap its tourism department to save money – despite the sector being “an enormously important part” of the Welsh county’s economy.

Closing the department would save the cash-strapped council £132,000 a year – an estimated 0.07% of its budget.

A report for the council said: “Tourism does not attract high level support within the council despite it being worth £585 million to the local economy each year.

“Both domestically and internationally, there is fierce competition in the destination market and it is almost inevitable that de-investing in this area will lead to a decline in visitor numbers and visitor spend over the medium to long term with a potentially devastating impact on the Pembrokeshire economy.”

It added: “Tourism is an enormously important part of Pembrokeshire’s economy and its biggest employer (11,834 full-time equivalent jobs). It is critical to the county’s future economic prosperity that visitor numbers and visitor spend do not reduce.”

The tourism department generated £1 million worth of press coverage a year and helped firms access millions in grant aid.

“Pulling out of tourism marketing services sends a negative message to potential funders such as Visit Wales which may as a result prioritise their funding elsewhere in Wales,” warned the report.

The partnership has helped boost cruise ship visits, and investment in attractions and the accommodation sector.

The report will be discussed by the council’s partnerships scrutiny committee tomorrow (January 10).

Councillors will be asked whether a new organisation could replace the tourism partnership, with interested parties pooling their resources.

The south western county of Pembrokeshire includes the Pembrokeshire Coast National Park and resorts such as Tenby and Saundersfoot.