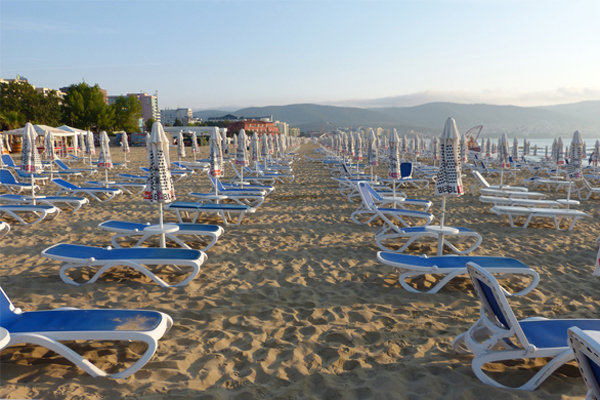 The price of tourist staples have fallen in almost half of destinations surveyed for the latest Post Office Holiday Money report.

The biggest cost savings exceed 20% over last year in the survey which compares costs in 42 resorts and cities worldwide.

Bulgaria, Turkey and the Portuguese Algarve are rated as offering the best value while Cape Town in South Africa has overtaken Japan as the cheapest long-haul option.

Bali has reaped the benefit of low prices and a weak currency while costs have fallen across 19 destinations year-on-year headed by Singapore and St Lucia.

Prices in the Black Sea resort of Sunny Beach are £9 lower – £36.03 – than in Marmaris and 5% cheaper than last year when it also topped the chart.

Sorrento in Italy was identified as the most expensive of 12 European destinations after registering a price rise of more than 30%.

At £119.03 for eight tourist staples including meals and drinks, prices in Sorrento were more than twice as high as those in Sunny Beach, Marmaris, the Algarve and the Costa del Sol.

The positive pricing news came as the Post Office reported that euro sales had risen by almost 5% in the final months of 2018 and that other European currencies had seen sales surges too.

Despite continuing speculation about the negative impact of Brexit on the pound, the report found that 60% of the Post Office’s top 40 currencies, including the euro, are currently weaker than at sterling’s low point in December 2008 and January 2009 – with double digit percentage growth for the pound against 16 of those currencies.

Andrew Brown, of Post Office Travel money, said: “Short travel times will always give European destinations an in-built advantage and, despite speculation that rising prices would put UK holidaymakers off travelling to the continent, strong currency sales for the euro, Turkish lira, Bulgarian lev and Croatian kuna over the past year underline the fact that Europe remains the destination of choice for most people.

“However, the stampede for Turkish holiday packages seen last summer sends a clear message that holidaymakers will be looking carefully to see where they can get the most bang for their buck and may be prepared to swap destination for a cheaper deal.

“It is good news that prices are down in many destinations this year, but it is still very important to be aware of the huge variation in costs we found across the 42 countries surveyed.

“For example, barometer costs in the six cheapest resorts and cities are less than half those in the 15 priciest destinations.

“That’s why we advise holidaymakers to draw up a destination shortlist and do their homework by comparing the prices for meals, drinks and other tourist items before booking.”