Serbia’s vibrant capital mixes a laid-back cafe culture with an animated nightlife that’s the envy of eastern Europe. Yet Belgrade also has culinary and cultural scenes that easily hold their own against their European neighbours.

As it lies at the confluence of the Danube and Sava rivers, the city makes the most of its many miles of riverside green spaces and cycle lanes – not to mention its parks and gardens.

Most of Belgrade’s attractions are concentrated in its Old Town (Stari Grad), making it easy for clients to get to know the city on foot. Its main artery is Knez Mihailova, a pedestrianised thoroughfare lined with handsome 19th-century townhouses and filled with cafe terraces and shops. With buskers and food stalls vying for attention, there’s an enjoyable carnival atmosphere for most of the day and evening.

“There’s cutting-edge art in the Zepter Museum, which often gets lost among the shops that surround it.”

From Knez Mihailova the street carries on to Belgrade’s most ancient area, the vast fortress and park at Kalemegdan, where Roman ruins mingle with Ottoman and Austrian fortifications. This huge green space features museums, galleries, restaurants and sprawling gardens overlooking the Danube and Sava confluence. It’s also the scene of events throughout the year, from outdoor concerts and film screenings to food and drink festivals. 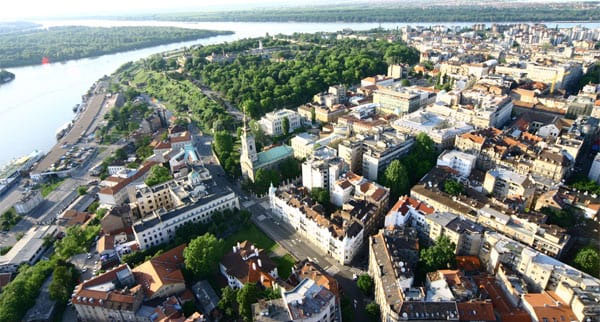 After an absurdly long 15-year refurbishment, the National Museum of Serbia finally reopened in June 2018 – and in spite of all the problems, it was definitely worth the wait.

It’s a compelling collection ranging from ancient Roman and Neolithic artefacts to medieval paintings and artworks up to the early 20th century. While works by Picasso, Matisse and other western European painters will catch the eye, clients will also be pleasantly surprised by the range of Serbian art on display – even if they’re unfamiliar with the artists.

“Its futuristic white 1960s building is a perfect setting for a fascinating collection of modern and contemporary art.”

It’s a similar story across the River Sava at the Museum of Contemporary Art, which took a mere 10 years to be refurbished. Its futuristic white 1960s building is a perfect setting for a fascinating collection of modern and contemporary art by painters and sculptors from the region.

There’s more cutting-edge contemporary art on display in the Zepter Museum in Knez Mihailova, which often gets lost among the restaurants and shops that surround it.

Land-locked Serbia manages to claim a sole Blue Flag beach – on the river island of Ada Ciganlija in the Sava. In summer, Belgraders flock to the beaches and relax on the gravelly banks lined with cafes and sunloungers.

When holidaymakers aren’t trying out the water sports, they’re having a go in the adventure jungle, playing golf or renting a bike for a lazy ride along the wooded trails. There’s even a snowboard simulator for a slightly surreal summertime experience. 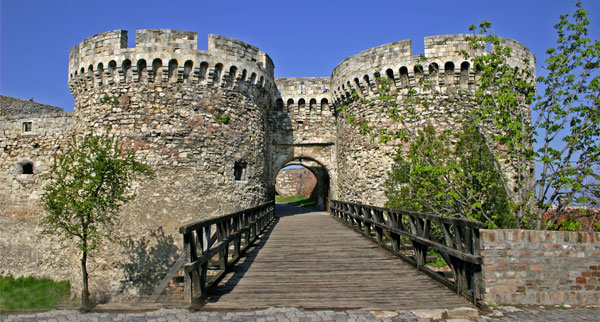 Head across the River Sava past the Tito-era tower blocks of New Belgrade and you reach the suburb of Zemun. Its distinctive Hungarian architecture reveals its past as a Habsburg outpost that didn’t become part of Belgrade until after the First World War. All along the River Danube are cycle lanes leading to one cafe terrace after another, and there’s even a pontoon bridge that goes up every June to the nature reserve and beach at Great War Island in the middle of the river. Clients can check out the busy morning food market in the centre of Zemun before meandering along the cobbled streets.

Where to eat and drink

Belgrade’s restaurants, cafes and bars offer holidaymakers a bewildering choice. In the Old Town, the district of Dorcol is packed with places to eat, drink and – particularly along Strahinjica Bana – to see and be seen.

It’s also filled with attractively ramshackle garden bars that are reminiscent of Budapest’s ruin bars. The old bohemian area of Skadarlija is crammed with traditional Serbian restaurants along its cobbled lanes, where folk musicians serenade diners.

“The old bohemian area of Skadarlija is crammed with traditional Serbian restaurants along its cobbled lanes, where folk musicians serenade diners.”

The waterside districts along the Sava feature a typically Belgrade mixture of quirky and smart. The Beton Hala former warehouse complex along the river has trendy restaurants offering international cuisine, while the clubs and bars of neighbouring Savamala are grittier in comparison but no less trendy.

And all along the Sava and Danube rivers are Belgrade’s renowned floating bars, nightclubs and restaurants known as splavovi. Although most are open only in the warmer months, they’re a massive draw for holidaymakers looking for an all-night party.

Belgrade’s hotel scene has been changing rapidly and beyond all recognition for clients who might have visited even just 10 years ago. Smart Old Town accommodation, including a branch of the wonderfully wacky Mama Shelter, has joined a sleek new Hilton and four-star stalwarts such as Courtyard Marriott.

Some of the five-star offerings show a welcome individuality missing from chain hotels, notably sophisticated Square Nine opposite Students’ Square and the very elegant Saint Ten in the Vracar district.

Regent Holidays has a four-night break in Belgrade from £785 per person, including flights, B&B accommodation in a three-star hotel, transfers and a walking tour of Belgrade. It also includes excursions to Serbia’s second city, Novi Sad, and the monasteries and wineries of Fruska Gora National Park.
regent-holidays.co.uk

Explore Paris off-peak to avoid the summer crowds
Prague neighbourhoods: Go beyond the Charles Bridge
What not to miss in Stockholm, Sweden