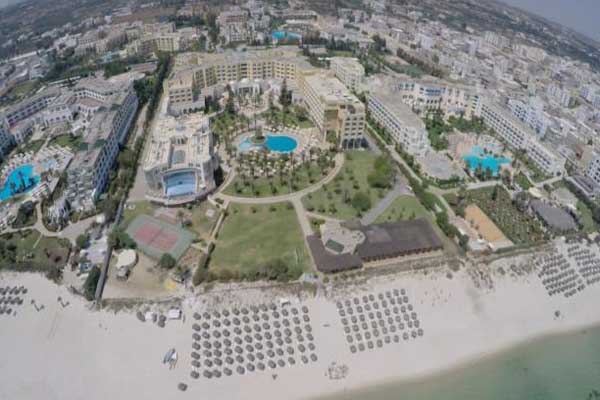 The Tunisian beach resort terrorist who killed 38 people, including 30 British holidaymakers, is reported to have taken a drug to curb his emotions.

Islamic State jihadist Seifeddine Rezgui, a 23-year-old Tunisian student, was shot dead half an hour after opening fire with a Kalashnikov at the Riu Imperial Marhaba Hotel in Sousse on June 26, 2015.

His drug taking was detailed by a judge in Tunis who heard evidence from 26 people accused of a range of offences in connection with the massacre, The Times reports today.

The defendants include six policemen whose alleged delay and negligence is said to have contributed to the high death toll.

Judge Rached Sebii, leading a panel of five colleagues, confirmed that Rezgui had taken one drug to enhance physical endurance and another to reduce emotional response. The drugs were not specified.

The killer had been trained by Isis in neighbouring Libya and investigators allege that he was part of a network set up to carry out the attack by Chamseddine al-Sandi, a planner for Isis who is thought to have fled the country shortly afterwards.

Sixteen of the 26 defendants appeared in Tunis principal court. The remainder chose not to contest the case or submitted evidence in writing.

One of the accused, Tunis student Wassim Sassi, said that he was recruited by al-Sandi and attended an Isis camp. On his return he was pressured into providing disposable phones used to co-ordinate the massacre, he said.

Many of the defendants charged with terrorism offences will face the death penalty if convicted, although Tunisia has had a moratorium on capital punishment since 1991.

None of the policemen appeared in court. Judge Nicholas Loraine-Smith branded officers’ actions “at best shambolic and at worst cowardly” at an inquest for the British victims at the Royal Courts of Justice in London in February 2017.

The Tunisian court is expected to hand down its verdict on February 6.