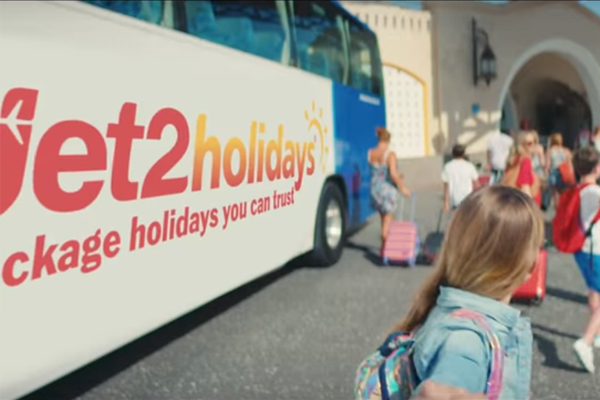 The company was named joint 20th out of almost 250 companies in the latest UK Customer Satisfaction Index (UKCSI) published by the Institute of Customer Service.

Sister airline Jet2.com came joint 45th in the list – the highest ranked airline in the national study across 13 sectors incorporating the views of 10,000 consumers on 247 brands.

No other operator or airline made the top 50, with all major brands and organisations featuring in the study.

But the tourism sector was one of five which showed a slight decline in satisfaction, of less than one point, compared to the same time last year.

Two sectors – services and transport – fell by more than one point.

Brittany Ferries topped the transport rankings with a satisfaction rating of 81.4 and came in joint 40th position overall alongside booking.com in the tourism sector.

Jet2holidays gained a customer satisfaction score of 82.5, above the national average of 77.7 but down 1.7 points from last year.

Jet2.com achieved a customer satisfaction score of 81.2 as the only airline to make the top 50 in joint 45th place.

British Airways, with a score of 77.1 and Flybe with 77.4, were among the most improved organisations in the study.

More than 30 different considerations – such as staff professionalism, quality and efficiency, and complaint handling – were factored into the results.

“The number of customers who experienced a problem with an organisation has increased and is at its highest ever level. Fewer experiences were rated by customers as ‘right first time.’

“The level of effort expended by customers in dealing with organisations increased slightly. However, satisfaction with complaint handling improved in most sectors.

“Without this improvement, the drop in overall customer satisfaction would have been more pronounced.

“Our evidence shows that consistently achieving the highest levels of customer satisfaction is strongly linked to trust, recommendation, reputation and business performance.

“Yet for many organisations, consistently delivering essential transactional customer experiences continues to be a challenge.”

She added: “Achieving high levels of customer satisfaction that enable sustained business performance depends on developing a service-orientated culture in which leadership commitment, operational excellence, relationships and behaviours are rooted in an organisation’s values and an understanding of customers’ priorities.

“As we move forward in increasingly uncertain times, driving the customer agenda will become even more crucial. I firmly believe that the organisations who do this will survive and prosper.”

Jet2 and Jet2 holidays CEO Steve Heapy said: “Yet again this major study by the Institute of Customer Service shows that Jet2.com and Jet2holidays is way ahead of other tour operators and airlines when it comes to delivering customer satisfaction and trust.

“We invest heavily to provide the very best service for our customers, and the success of this approach is measured not only by prestigious recognition such as this, but by the amount of customers who book and rebook with us time and time again.

“Such success is incredibly rewarding, and it is testament to the tremendous amount of hard work that everyone at Jet2.com and Jet2holidays puts in to ensure that every single customer receives a best in class service.”