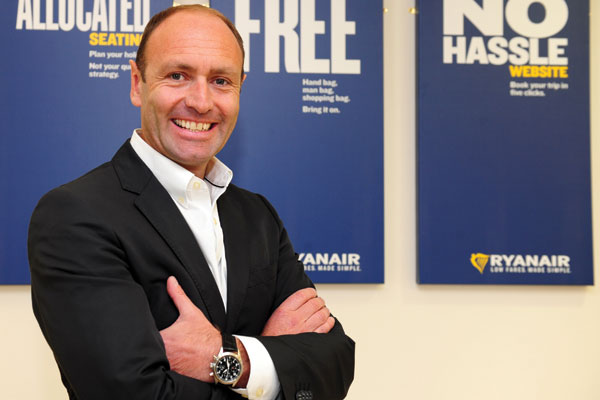 The budget carrier blamed air traffic control staff shortages for delaying more than 2,900 of its flights in January.

Punctuality dropped back from 91% of flights being on time in January 2018 to 90% last month, excluding air traffic control-related delays.

Chief marketing officer Kenny Jacobs said: “Ryanair carried over ten million guests in January with over 90% of our flights, excluding ATC, arriving on time, as we continue to deliver industry leading punctuality, despite strikes by Italian air traffic controllers and ATC staff shortages in France, Germany and the UK, which caused 5% of our delays.”

He added: “These ongoing ATC staff shortages are unacceptable, and together with other airlines we call on Europe’s governments and the EU Commission to take urgent action to put passengers’ needs before those of small but powerful ATC unions to prevent another summer of chaos, by ensuring that ATC providers are fully staffed and that over-flights are not affected when national strikes take place.”

The airline also released passenger feedback statistics which it said showed that 92% of more than 75,000 travellers rated their flight in January as ‘excellent/very good /good’ using a ‘Rate My Flight’ reviews feature on the airline’s app.

“We welcome this feedback, which helps us to try harder to further improve the Ryanair service for customers,” said Jacobs.