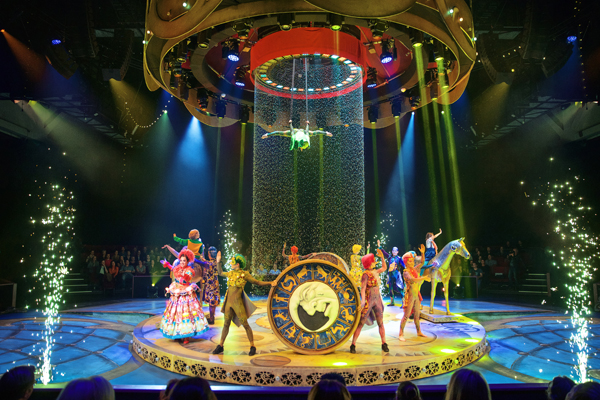 There’s something magical about stepping into a theme park – entering a fantasy world where cartoon characters roam the streets, joyful songs blare from the speakers and fairy-tale souvenirs fill the shops, so that childhood dreams come flooding back and reality gets left at the gate.

And as important as the rollercoasters are, there’s magic in every element of the theme park experience – the extravagant stage shows, the impromptu street performances and the glittering float parades, to name but a few.

We’ve rounded up some of the best to get you feeling inspired and help you sell these parks to anyone wanting to be enchanted for a few days.

Why: The Netherlands’ biggest theme park isn’t just about the rides, with a plethora of shows on hand to entertain those less keen on adrenaline-seeking.

Carnival-style performances, water fountain displays and stunt shows are all on offer across its nature-themed grounds, but the newest and biggest attraction is Caro, a visually led production inspired by Efteling’s 100-year-old steam carousel.

Taking place at the park’s theatre, it features acrobats, dancers, music and various interactive elements to get the kids involved, with a visual approach that does away with language in favour of luring a more international audience.

Book it: DFDS offers a five-night break at Efteling from £221 per person, for travel with a car from Newcastle to Amsterdam, based on four people sharing an en suite cabin, and including entrance to the park.
dfdsseaways.co.uk/holidays/family-holidays/efteling 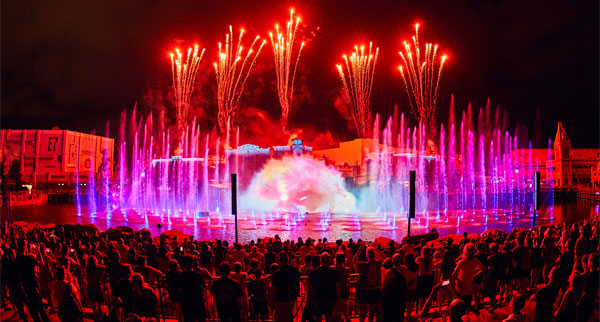 Why: Picture 120 dancing fountains shooting up beside explosive pyrotechnics, cinematic projections and panoramic water screens and you have a glimpse into Universal Orlando’s latest creation – the Cinematic Celebration.

Taking place at the lagoon on select nights, the new show brings iconic moments from films into one impressive spectacle – think Harry Potter spells, Jurassic World dinosaurs and Despicable Me characters coming together in vivid projections, as the whole waterfront turns into a giant, immersive cinema under the stars.

It’s not the only one to look out for here though: there’s also a new Dark Arts at Hogwarts Castle illumination show taking place from April 13-28 and May 25-27, bringing Lord Voldemort, Death Eaters and other dark figures to life in a dramatic music, light and special-effects display.

Book it: Attraction World offers a three-park explorer ticket from £295 for adults and £287 for children, valid for up to 14 days.
attractionworld.com 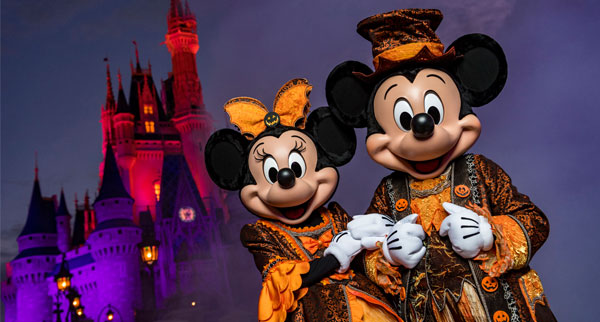 Why: If anyone knows how to pull off a show, it’s Disney, and its Halloween celebrations are every bit as out-there as you’d expect. Fireworks, pumpkin lanterns, a trick or treat trail and Boo-to-You parade featuring all the key characters and villains combine in its Mickey’s Not-So-Scary Halloween Party, which takes place on certain nights between August and November (separate ticket required).

“It’s my favourite Disney show,” says Ross Sinclair, Gold Medal’s senior product manager for the US. “I was fortunate enough to go last year and was completely swept up in the magic of the whole evening. I was soon feeling like a kid all over again.”

Those arriving out of season will find plenty more to be getting on with, not least the Fantasyland Parade, during which more than 100 performers meander through the park in a flash
of colour, music and joy.

Book it: Funway Holidays offers a week in a Disney Area three-bed villa with private pool from £910 per person, including Virgin Atlantic flights from Gatwick on October 27, based on two adults and two children sharing.
funway4agents.co.uk

Why: For those in the mood for something a little different, look to Dubai Parks and Resorts’ Bollywood-themed playground.

Visitors will find cultural performances on every corner here, from Rajasthani folk dances to Indian flute players, street circus acts to Bhangra routines. But the culmination is the daily parade. This sparkling, energetic display involves all the troupes shimmying on down the runway, with vibrant music, colourful costumes and impressive dance routines adding an extra dose of life to the already-buzzing park.

Book it: Emirates Holidays is offering three nights’ half-board at the four-star Lapita Hotel from £619 per person, based on two adults sharing a room. The price includes return Emirates flights from Heathrow on April 1 and complimentary tickets to Dubai Parks and Resorts.
emiratesholidays.com 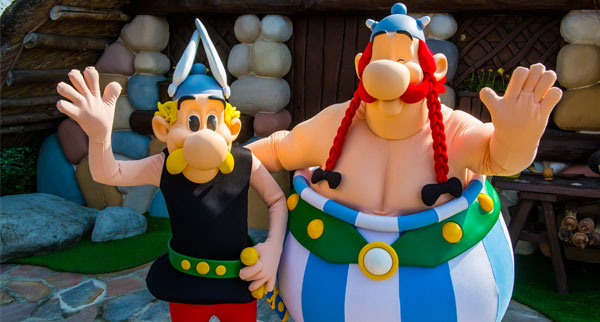 Why: If clients have already done the bigger parks and want to try somewhere new, suggest Parc Asterix.

Located just outside Paris and themed around French comic book characters, it features attractions inspired by the Vikings, ancient Greece, the Roman Empire and beyond, as well as various interactive displays and shows.

“A new parade sees characters dance and wave at visitors as they glide by on a Viking-style drakkar boat.”

The best of the bunch is the Gaulois, Romains, Le Match! display, which sees the Gauls and Romans go head to head with dance, acrobatics and Segway challenges, before the audience votes for its winner.

It’s not the only attraction to watch here. There’s a new parade that sees characters dance and wave at visitors as they glide by on a Viking-style drakkar boat, making it a good suggestion for those wanting to mix it up a little.

Book it: A one-night stay at the new on-site hotel, La Cité Suspendue, and a day ticket to the park costs from €86.50 per person (commissionable to agents).
parcasterix.fr/en

Turn it up! Ice show

Why: Theme park shows aren’t only about quirky characters and float parades. For something a little different, SeaWorld has the answer – its Turn it Up! ice show, an award-winning display of sheer skill that takes place twice a day at Busch Gardens Tampa Bay. Featuring chart-topping hits, colourful costumes and a 50-foot-wide LED screen, it involves 12 professional skaters spinning, twirling and dancing around the stage in a vibrant, 22-minute spectacle that promises all the elegance you’d expect from a full-blown, globally acclaimed ice show.

It’s not the only hook for visitors here, as SeaWorld Orlando has also launched its first-ever parade, featuring Elmo and friends dancing around in the just-opened Sesame Street land.

Book it: Do Something Different offers a three-park ticket from £119 for adults and £115 for children, valid for up to 14 days.
dosomethingdifferent.com 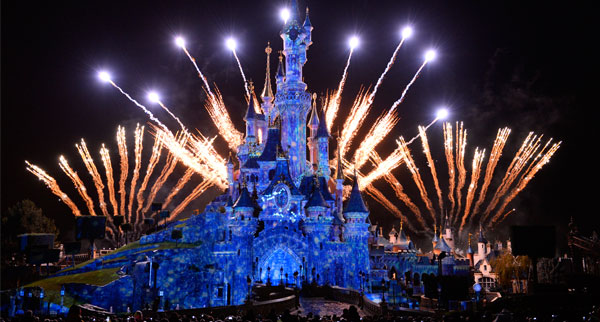 Why: Is there anything more revered among Disney fans than that iconic pink castle and its pointed, blue turrets? Possibly not, and it gets all the more enchanting come night-time, when the mesmerising Illuminations show has it glowing in shots of blue, pink and purple. Colourful projections, lasers, fireworks, mist screens and powerful Disney songs all feature in this 20-minute display of pure, tear-jerking magic, with themes changing regularly – so there’s always an excuse to see it again.

It’s not the only show visitors will find at Disneyland Paris, of course. From June 30 to September 22, a new The Lion King show will descend on the park with classic ballads such as Circle of Life and Can You Feel the Love Tonight. The Jungle Book Jive will also be taking place, with guests invited to dance along to the likes of The Bare Necessities in various areas of the park.

Book it: Super Break packages start at £514 for a family of four, including two nights’ room-only at the Holiday Inn Paris – Marne la Vallée and a one-day ticket to Disneyland Paris.
superbreak.com/agents