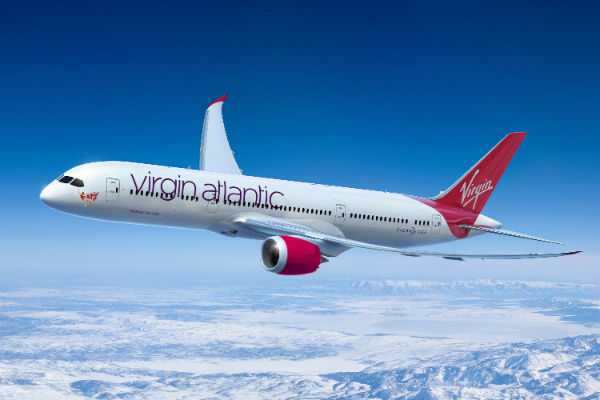 Virgin Atlantic has reported a £26 million loss for 2018 despite growth in passenger numbers outstripping capacity growth and a rise in annual revenue of £150 million.

The carrier recorded a pre-tax loss of £26.1 million before tax and exceptional items, having reported a loss of £28.4 million the previous year. However, the 2017 result was subsequently revised to a loss of £49 million in line with new accounting standards.

Weiss described the airline’s performance in 2018 as “the first year of positive growth since 2014” despite “a challenging economic backdrop”.

Weiss, who took over as chief executive in January, said: “These results put the company in a strong position to realise its plan to revive growth and return to profitability.”

He attributed the losses to the weakness of sterling against the dollar, economic uncertainty in the UK caused by Brexit “and the continued shortage of Trent 1000 engines used on Boeing 787 aircraft”.

Virgin Atlantic reported an increase in Upper Class passenger unit revenue of 10.2%, and a premium cabin increase of 2.1%

Its joint-venture partnership with Delta Air Lines, which owns 49% stake of Virgin Atlantic, produced a 13.5% increase in US point-of-sale bookings.

Tour operator Virgin Holidays recorded a pre-tax profit of £6 million, a fall year on year “due to softer consumer demand”.

He said: “2018 saw us delivering industry leading service and unrivalled customer experience. We remained number one for customer satisfaction across the Atlantic.

“While a loss is disappointing, our performance improved in 2018 despite challenging economic conditions and put us on a trajectory for growth and return to profitability.

“We continued to invest in a host of new initiatives to delight our customers. Now it’s time to build on these foundations and our vision to be the most-loved travel company.”

Virgin Atlantic’s transatlantic joint-venture with Delta will be expanded to included Air France-KLM this year, and the carrier will take delivery of its first Airbus A350 this summer.

Weiss unveiled the carriers’ new Upper Class, premium and economy cabins for the A350 this week.

Virgin Atlantic chief financial officer Tom Mackay said: “We remain in a confident and resilient position. Economic factors will continue to challenge us in the year ahead, [but] we’re in a strong cash position.”