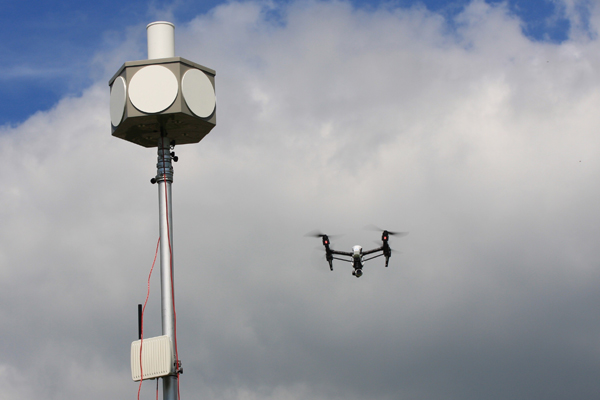 The Gatwick drone attack that caused pre-Christmas chaos was carried out by someone with knowledge of the airport’s operational procedures, it is being claimed.

Gatwick’s chief operating officer, Chris Woodroofe, told BBC’s Panorama programme, which airs tonight: “It was clear that the drone operators had a link into what was going on at the airport.”

The drone’s pilot “seemed to be able to see what was happening on the runway”.

Sussex Police told the programme the possibility an “insider” was involved was a “credible line” of inquiry.

About 140,000 passengers were caught up in the disruption.

The runway at the UK’s second busiest airport was closed for 33 hours between December 19 and 21 last year – causing about 1,000 flights to be cancelled or delayed.

Woodroofe, the executive overseeing the airport’s response to the attack, said that whoever was piloting the drone could either see what was happening on the runway, or was following the airport’s actions by eavesdropping on radio or internet communications.

Whoever was responsible for the attack had “specifically selected” a drone which could not be seen by the drone detection system that the airport was testing at the time, he added.

The police investigation is ongoing and expected to take “some months to complete”.

Gatwick repeatedly tried to re-open the runway but on each occasion the drone reappeared.

Airport protocol mandates that the runway be closed if a drone is present.

Woodroofe denied claims the airport overreacted, describing the situation it faced as an unprecedented, “malicious” and “criminal” incident.

“There is absolutely nothing that I would do differently when I look back at the incident, because ultimately, my number one priority has to be to maintain the safety of our passengers, and that’s what we did,” he told the BBC.

“It was terrible that 140,000 people’s journeys were disrupted – but everyone was safe.”

Woodroofe also dismissed the suggestion that the number of sightings had been exaggerated – and a theory, circulating online, that there had been no drone at all.

He was confident that the airport was now much better protected.

“We would know the drone was arriving on site and we’d know where that drone had come from, where it was going to, and we’d have a much better chance of catching the perpetrator,” he added.

The airport sends up a drone every day to test new detection equipment, and “it finds that drone”.

But Woodroofe added: “What this incident has demonstrated is that a drone operator with malicious intent can cause serious disruption to airport operations.

“And it’s clear that disruption could be carried over into other industries and other environments.”