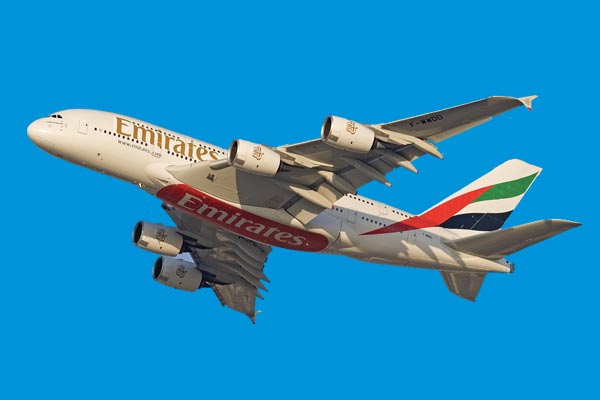 Emirates’ passenger numbers rose just 0.2% year on year to 58.6 million despite capacity increasing by 4% as it reported “stiff competition across its key markets”.

However, ground-handling, cargo, flight-catering and travel group dnata made a record profit of $394 million over the 12 months – although $88 million of this was from the sale of Emirates’ stake in travel management company HRG to American Express Global Business Travel, an acquisition completed last July.

Dnata’s turnover increased by 10% to $3.9 billion with the acquisition of airline catering services in Australia and the Americas.

“We saw travel demand weaken, particularly in our region, impacting both dnata and Emirates.”

He added: “It’s hard to predict the year ahead, but both Emirates and dnata are well positioned to compete in the global marketplace.”

Emirates took delivery of 13 new aircraft during the financial year – seven A380s and six Boeing 777s – but only added two aircraft to its fleet, taking the total to 270.

It spent $ 3.9 billion on new aircraft and equipment, acquisitions and technology, up from $ 2.5 billion the previous year.

It reported having an additional $3.9 billion to fund future fleet growth.

Europe contributed the largest share of Emirates’ revenue, up 6% year on year to $7.7 billion. East Asia and Australasia followed with $7.2 billion, up 5%. The Americas recorded 8% revenue growth to $ 3.9 billion.