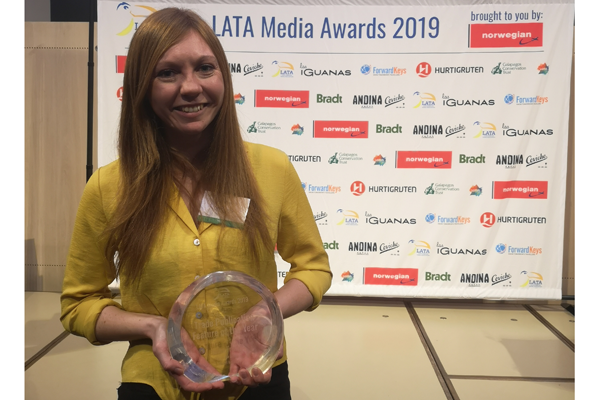 Travel Weekly’s Laura French was recognised last night for a feature on Patagonia in Argentina.

The magazine’s deputy features and supplements editor won the trade publication feature of the year prize at the Latin America Travel Association media awards in London for her explore Patagonia piece which was published in February last year.

The feature covered a trip to Bariloche and El Calafate part of a Latin Routes fam trip.

French said: “I’m honoured to have won an award for my feature on Patagonia, which is an incredible region – I’d encourage everyone to visit. Congratulations to all the other winners too.”