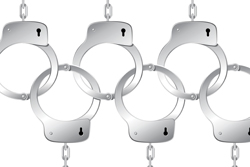 Travel agents wanting to cash in on the London Olympics have been warned they risk criminal prosecution unless they adhere to stringent trademark and copyright laws.

Specific laws for the 2012 games place restrictions on anyone other than official Olympic sponsors from using terms such as London 2012, London 2012.com, Olympic(s) or the Olympic symbol in business names, promotions or advertising material.

Two Abta members have already received warnings, and an industry fraud watchdog said on Wednesday that any agents found breaking the law risked court action. Fines could be up to £20,000.

The warning came at the first meeting of an Olympics working party organised by the Prevention of Fraud in Travel Group (Profit).

Detective sergeant Chris Atack, from the Metropolitan Police, said he was working with the London Organising Committee of the Olympic Games and trading standards to make sure businesses did not “compromise the reputation of the games”.

Mike Monk, Abta head of finance, said: “Two agents had registered trading names mentioning London 2012 and we had to ask them to take them down straight away.

“The Olympics is a big opportunity for our members but they have to make sure they don’t infer that they are associated with the games.”

Profit chairman Barry Gooch said the working group would be looking at how agencies could still sell Olympic packages but stay within the law.

“It will be tricky for travel firms to benefit from the games if they can’t say ‘Go to London for the Olympics’,” he said.

Agents are also being asked to report any competitors who breach the law through the working group, which will pass these to the police.

A decision is due next month about whether third parties will be able to sell Olympic packages with tickets from accredited agents.

A website has been set up to advise businesses how they can benefit from the London 2012 Olympics and Paralympics.

She added: “The UK is a hugely commercial and competitive market and a lot of Olympic sponsors didn’t make money or enough money in Beijing.

“It’s meant to be about education, not litigation.”

The site advises firms that any references should not “suggest or imply that the business is associated with the games.”