We take a look through the Travel Weekly archives in our 50th year to see what was making the headlines 10, 25 and 45 years ago

Travel Weekly discussed the pros and cons of agents visiting clients’ homes to take bookings, following Kuoni’s launch of its At Home with Kuoni service in April.

Fears of a clampdown on unruly behaviour by UK holidaymakers in Greece were said to be unfounded by tour operators after 17 British tourists were arrested for dressing up as nuns. The men spent the night in a prison cell charged with misrepresentation of a uniform.

Abta chairman candidates John McEwan and Daniele Broccoli called for the association to broaden its remit to work more closely with travel companies that do not sell holidays. Both supported Abta’s travel industry partner scheme to improve relations with price comparison sites and search engines.

Hays Travel put plans for Hays Beds and Hays Faraway on hold because of the recession, and Thomas Cook began a trial of a facility allowing clients to chat to agents online. 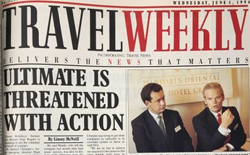 Former Ultimate Holidays sales director Alan Rogers threatened to sue the company for breach of contract after Steve O’Laughlin was appointed while he was on holiday. “I came back after a week away to find someone else doing my job,” said Rogers.

It was revealed The Ritz would become a Mandarin Oriental hotel under new management, but not change its name. 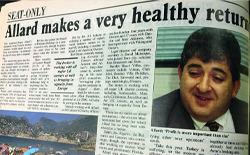 Roger Allard was described as making a “heathly return” to the industry as chief executive of All Leisure Aviation, following  his departure from Owners Abroad. Allard said of his aspirations: “Profit is more important than size.”

Cunard Line announced disappointing half-year results, attributed to lack of investment. It was also expected to announce plans for a new ship, the first since the QE2 25 years previously. 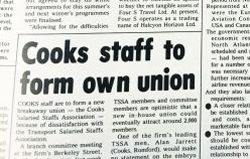