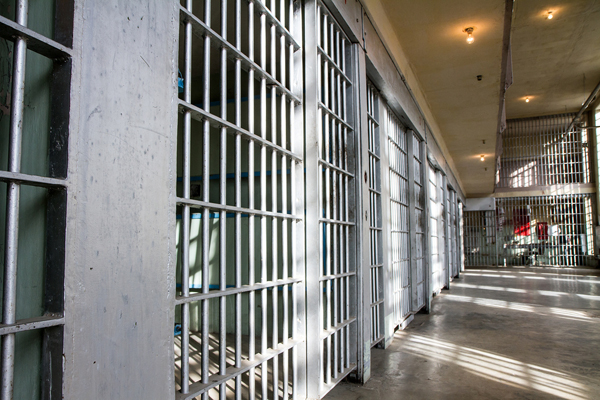 The treasurer of a charity who tried to steal more than £330,000 in a Gift Aid repayment fraud has been jailed for three years.

He diverted the money into his own bank account, spending at least £76,000 on cruises and other holidays.

Dale Hicks, 35, of Cheadle, Stoke-on-Trent, posted about many of the trips on social media and uploaded a video diary of his travels, which included virtual video tours of presidential suites, access to exclusive lounges and meals at the captain’s table.

He spent £24,854 on just one cruise after booking himself and seven other people into the presidential suite on a ten-day holiday in October 2016. Earlier in the same year he also spent nearly £6,000 on a tour of China and nearly £1,500 on an exclusive lodge at Center Parcs.

Checks on his bank accounts proved that he spent £76,872 with just one travel firm. There was also further payments made directly to airlines and cruise companies.

Hicks abused his position at a Staffordshire based ex-offenders charity by lodging a string of false claims, an HM Revenue and Customs investigation found.

The claims were made on behalf of the Life Keys charity, which was set up inside a Midland prison in 2009 to rehabilitate ex-offenders.

The charity was unaware of Hicks’ activity and only became suspicious when large sums started arriving into the accounts, before they were moved on. Hicks lied about the payments but was asked to step down from his voluntary role in March 2016. HMRC said.

Hicks claimed more than £270,000 but the remaining £62,000 was withheld while investigations were carried out.

He even made false claims in the name of the charity’s chief executive, which were 30 times higher than the donations that had actually been made.

During interviews, Hicks claimed he had spent the money on good causes, including £10,000 handed to a local church and £8,000 for humanitarian aid in Romania. He also claimed that he spent the money taking “stressed out people” for dinner and on holidays.

Hicks was jailed for three years on at Stoke-on-Trent Crown Court on Friday. He pleaded guilty to one charge of fraud by false representation and two charges of producing false documents at the same court hearing.

Honorary recorder of Stoke-on-Trent, Judge Paul Glenn, said: “You are very generous with money that is not yours to spend. You fobbed people off and you lied to cover your tracks.

“You continue to paint yourself as a latter day Robin Hood kind of figure. I reject the contention that you received no monetary benefit. This is a very significant breach of trust and it’s blindingly obvious that significant amounts related to holidays.

“The victims here are taxpayers and a number of deserving causes have been potentially deprived of funds becasue of your actions.”

Nick Stone, HMRC fraud investigation service assistant director, said: “This was not a momentary lapse. This was persistent, it was calculated and it was despicable. He betrayed the trust of colleagues at a genuine charity that was trying to help criminals turn their lives around.

“Dale Hicks spent this stolen money on himself and booked a string of luxury holidays that most hardworking people could only dream of. The taxpayer paid for these extravagant holidays, and he posted about them on social media.”

HMRC started an investigation in 2017 and discovered the amount falsely claimed would have required £1.3 million in legitimate donations. But the charity’s bank accounts showed nowhere near those amounts had been deposited.