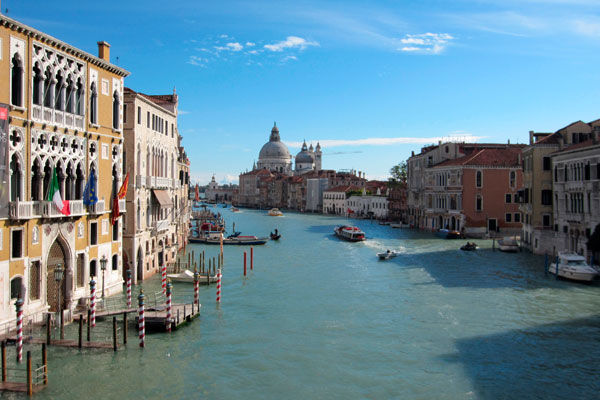 MSC Cruises said it has begun repair work on MSC Opera which crashed into the dockside in Venice at the weekend but said the investigation into what caused the crash is taking “longer than expected”.

The line said it had cancelled the current cruise but is allowing passengers to remain on the ship while it stays docked in Venice until June 7.

MSC Opera was about to dock at a passenger terminal on Sunday when it encountered a mechanical problem.

The ship, which was being guided by two tugboats along the Giudecca Canal, was unable to halt its momentum and hit Uniworld’s River Countess and the dock injuring five people.

MSC Opera’s captain reportedly told the harbour master he had dropped two anchors which failed to stop the ship because the engine was “locked” and accelerating, according to The Times.

A spokeswoman from MSC said on Monday: “Earlier this morning MSC Cruises received permission from the authorities to commence the necessary repair works.

“The damage to the ship is limited to the outermost part of the hull. Welding works are currently being carried out, but at this point the estimated time of completion of these works is yet to be determined.

“The investigation into the causes of the incident are taking longer than originally expected and for this reason the ship is unlikely to set sail later today or tomorrow.

“MSC Cruises has taken the decision to cancel the current cruise and to reimburse each passenger the full cost of their cruise ticket, and any pre-paid services.

“The ship will however remain available to all those passengers who wish to stay on-board while she remains in Venice and to the end of their scheduled cruise.

“All on board services and entertainment will continue to fully operate. In addition, a free regular shuttle boat service to and from Piazza San Marco in Venice will be available to all passengers.

“For those passengers who prefer to leave the ship today or at any point and return home, MSC Cruises will provide all necessary assistance for the transportation and will take charge of any costs incurred.

“For those passengers expected to disembark in Bari on June 8 who wish to stay onboard, the ship is currently scheduled to leave Venice by June 7 and to call in Bari on Saturday. From there on, MSC Opera will sail as per the schedule.”

Clia urged all parties in Venice to reach a conclusion to start preparation work to dredge the Vittoria Emmanuelle Canal to begin to re-route larger ships.

Clia chairman Adam Goldstein said: “The cruise industry has worked diligently with the mayor of Venice, the Veneto Region, the port authority and many others, to find viable solutions to allow larger cruise ships to access the Marittima berths without transiting the Giudecca Canal.

“We are in agreement with the solution developed by Comitatone in 2018 to utilise the Vittorio Emanuele Canal as the best and most prudent means to move larger cruise ships away from the Giudecca.

“Clia cruise lines welcome and will support the urgent implementation of this solution.”