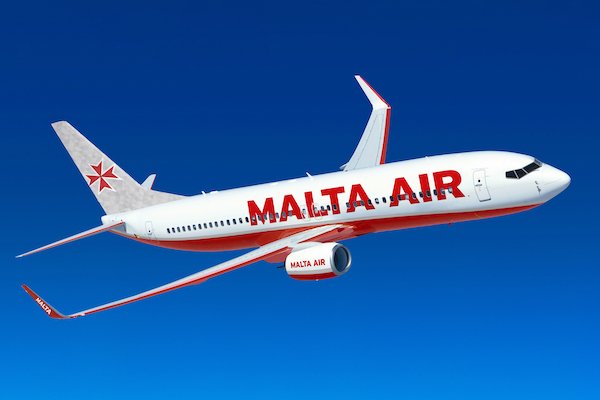 Irish low-cost airline Ryanair is buying Malta Air to increase its presence on the island and take advantage of a Maltese air operator certificate (AOC).

The investment in the Maltese start-up airline means Ryanair will be able to increase its Malta-based fleet of six Boeing 737 aircraft – which currently fly about three million passengers a year – and access non-EU markets in north Africa.

The aircraft will be branded in Malta Air colours for summer 2020, and the fleet will increase to 10 within three years, creating more than 350 jobs.

Currently there are 200 Ryanair crew based in Malta, who will be moved on to local contracts paying local Maltese taxes.

“Malta Air will proudly fly the Maltese name and flag to over 60 destinations across Europe and North Africa as we look to grow our Maltese-based fleet, routes, traffic and jobs over the next three years.”

He added: “Ryanair appreciates the expertise of the Maltese Civil Aviation Directorate (CAD) in licensing Malta Air to operate the B737 aircraft and we look forward to working closely with the Maltese authorities over the coming years as we hope to add over 50 more aircraft to the Maltese register.”

Malta’s tourism minister, Konrad Mizzi, said: “We welcome Ryanair’s commitment to operate and grow a fully fledged Malta-based airline which will contribute in a large way to the country’s development.”

In January, Ryanair was granted a UK air operator certificate by the British Civil Aviation Authority, ensuring it would be able to operate UK services to non-EU destinations after Brexit.

In March, Ryanair said it would be rebranding Ryanair Sun – its Polish operation – as Buzz. Ryanair Sun obtained its Polish AOC at the beginning of 2018.

Malta Air should not be confused with Maltese flag carrier Air Malta which reported an 11% increase in passengers and a return to profit in 2018.