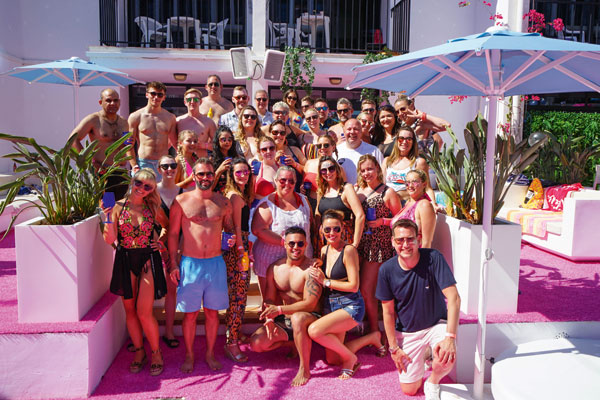 Carnival Cruise Line took 50 top-performing agents to Ibiza to reward them for their hard work. Harry Kemble joined them.

Carnival Cruise Line treated agents to an all-expenses paid trip to Ibiza where they enjoyed a sunset boat trip, a pool party and an awards ceremony.

The 50-strong group, which included the line’s first Fun Ambassadors, stayed at the Ibiza Rocks Hotel in San Antonio during the three-day getaway last week.

Agencies such as Virgin Holidays, Jetline Cruise, Iglu Cruise were represented on the trip. Luke Smith, head of international sales at Carnival, said: “This trip is one of the most popular, there is so much demand from agents for it.”

Smith said no plans had been made for next year, but it was unlikely fewer than 50 agents would be invited. Mark Henderson, Travel 2’s senior product and commercial manager, said: “It has been a great way to show how important agents are.”

USAirtours lead agent Lauren Glenn said the trip had provided an insight into what to sell to clients who wanted a cruise that called at Ibiza. 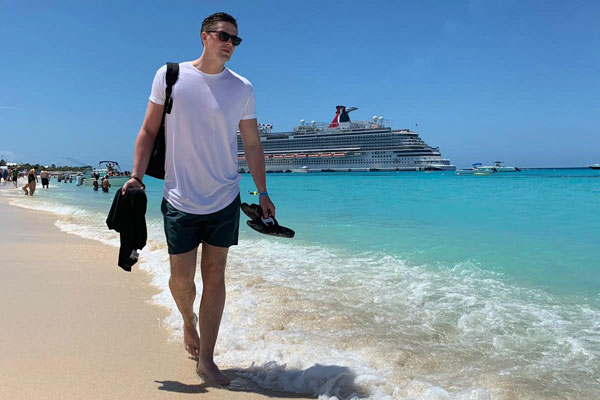 Dr Alex took an eight-day Caribbean cruise in April on Carnival Horizon with girlfriend Amelia Bath, who appeared in Ibiza Weekender in 2016.

Luke Smith, Carnival Cruise Line’s head of international sales, revealed Dr Alex would join agents on 5,200-passenger Mardi Gras when it launches, and could make an appearance on Carnival Radiance and Carnival Legend in Europe next summer.

Six hundred UK agents were invited by Carnival at the Clia Conference to see Mardi Gras in Southampton on September 9, 2020. Speaking during the Ibiza Rocks trip, Smith said: “Our aim is to target that younger crowd. We are going to grow  by encouraging new-to-cruise couples to take a cruise instead of resort holidays or as an add-on.”

Dr Alex’s Instagram posts and stories from the Carnival Horizon sailing in April attracted more than four million impressions, Smith said. “It has worked well from a brand perspective. Alex and Amelia can help us target that new-to-cruise audience.”

Dr Alex said: “My perceptions before were that a cruise is not as exciting as other holidays and they were for elderly people. But there was so much to do. If we wanted to chill out, we could, and if we wanted to do the Sky Ride [for example] we could.”