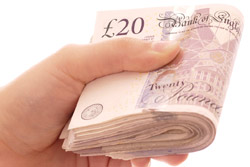 A bid to claim back VAT paid on commissions given away by agents in discounts has been extended to small and medium-sized travel firms.

Accountancy firm Deloitte believes the trade could qualify for a tax return worth millions of pounds. It is offering its services on a ‘no-win, no-fee’ basis.

The firm believes every agent that has funded discounts out of their commission is entitled to “significant VAT refunds” for the last four years of business.

It claims it has already submitted more than £50 million worth of claims to Her Majesty’s Revenue & Customs, predominantly from “big players”, and is now looking to encourage smaller businesses to come forward.

“German courts have ruled in favour of the agent position and we are confident the same will happen here.”

The move follows a separate bid to claim back VAT on card transactions.

Walsh was talking at the Advantage conference in Lucerne last weekend.