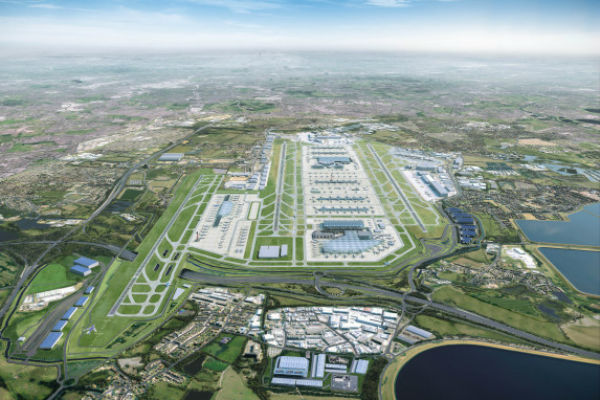 Passengers due to fly out of Heathrow today were urged to contact their airline about their flights after a planned strike was suspended at the eleventh hour.

Carriers had cancelled 177 flights on Monday and Tuesday or rescheduled them to take off from other airports ahead of the walk-out of Unite union members.

However, in a statement released on Sunday night, Unite said the strike, which was due to begin at midnight had been suspended to allow further talks at conciliation service Acas.

The statement said: “Under the chairmanship of the conciliation service Acas, tomorrow’s talks will involve senior directors from Heathrow airport and senior Unite officials with the aim of averting a second day of planned strike action set to start at 00:01 and finish at 23:59 on Tuesday 6 August.

“Unite will not be making any further comment while talks are ongoing.”

A Heathrow spokesman said: “We will continue talks with Unite tomorrow and we remain hopeful that we can find a resolution and stop this disruptive and unnecessary threat of strike action.

“We regret that passengers have been inconvenienced by this and urge them to contact their airline for up to date information on the status of their service.

“While the vast majority of flights will be unaffected, some airlines are making arrangements to operate flights from other UK airports, others will be delaying flights and unfortunately a number will be cancelled.

“Airlines have now started to contact passengers on affected flights and passengers should contact their airline for more information.

“We recommend passengers check their flight status before travelling to the airport and read the guidance on heathrow.com to prepare for their journey.”

Virgin Atlantic issued the following statement on its website: “We’re pleased that planned industrial action at Heathrow Airport has been suspended on Monday 5 August but may still go ahead on Tuesday 6 August.

“As our priority was always to ensure that customers could complete their travel plans on the same day with minimal delay – regardless of the proposed strikes – we moved a small number of Virgin Atlantic flights to operate in/out of Gatwick Airport.

“These services will not revert back to the original London Heathrow schedule and will remain in place. We encourage customers to check virginatlantic.com for the latest information on their flight and ensure their contact details are correct on the My Booking page of the website.”

British Airways issued an update on its website at 8.20pm on Sunday saying all cancelled flights would be reinstated within two hours.

It said it would be continuing to review the situation for Tuesday and that there would be restrictions on the baggage customers will be allowed to carry on board and check in.

Not all airlines are expected to be able to reinstate flights. The threatened industrial action involving security officers, firefighters and engineers was estimated to have affected 30,000 passengers.