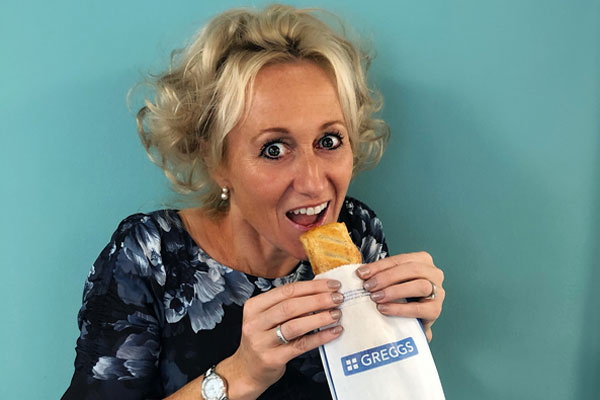 In 2017, nationwide bakery chain Greggs caused a social media storm with an advent calendar featuring a sausage roll – instead of Jesus – in a manger. Not to everyone’s tastes, but everybody was talking about it.

A year later, the brand hit the headlines by reversing the logo on one of its high street fascias so it would reflect the right way round in the popular Christmas-themed window of the department store across the road. A cheeky marketing grab. And who can forget the launch of its vegan sausage roll, which caused such a furore that celebrities and even politicians were weighing in on its merits.

It’s no wonder PR experts have dubbed the chain “the king of the publicity stunt”. It has gained almost cult status through its nose for a good headline. So it therefore seems completely appropriate that its savoury snacks should be the first choice for an Azamara ship captain who this week brought 700 sausage rolls on board when a ‘culinary cruise’ of northern Europe called into the Port of Tyne in Newcastle.

Whether passengers were au fait with Greggs – and whether they thought the sausage rolls constituted a local culinary experience – is really immaterial. The buzz created by the line’s gesture was priceless: people were talking about it, sharing it and, like me, writing about it.

While it may not quite be on the same level as Greggs, Azamara has demonstrated how a sense of humour and a keen eye for a good story can boost brand awareness no end.