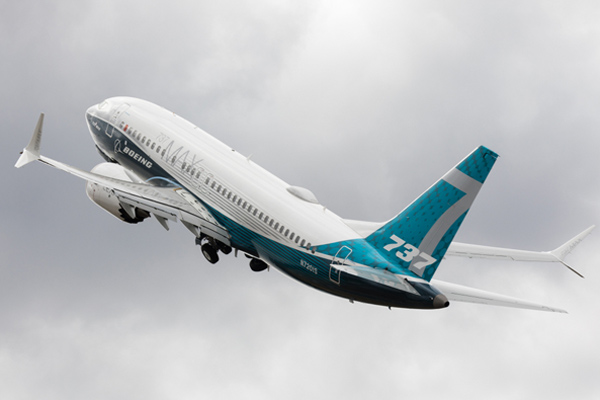 The US Federal Aviation Administration (FAA) has confirmed “it will be some time” before the grounded Boeing 737 Max returns to the skies.

FAA administrator Steve Dickson told a conference of the US National Air Traffic Controllers’ Association: “The airplane is not going to fly again until I am satisfied that it’s ready to go.”

However, Dickson also said the FAA would consider lifting the ban on the Max even if other national regulators defer certification.

More: Comment: When will Boeing’s 737 Max fly and will passengers want to board?

There are concerns that if the FAA certifies the aircraft ahead of agreement with other national regulators it would exacerbate safety fears among passengers, making it more difficult to reintroduce the aircraft.

Dickson told the US air traffic controllers: “We are working hard to keep everyone aligned. [But] it may get to the point where we have to make our own decision.”

The 737 Max was grounded in mid-March following two fatal crashes in five months that killed 346 passengers and crew.

Boeing is reported to be close to presenting a 500-page submission to the FAA which will include details on upgrades of the software on the aircraft.

Dickson said: “We have not seen the final system architecture from Boeing yet. Once we have a chance to review that and make our assessment, we will move to evaluating the performance of US and international pilots. After that, we’ll move forward.”

He confirmed: “It’s going to be some time before get through the process.”

Dickson confirmed the FAA will update regulators from up to 50 countries early next week at an assembly of the International Civil Aviation Organisation (ICAO) in Montreal.

A former Delta Air Lines captain, Dickson took over as head of the FAA in August

He insisted he remains hopeful that other governments will follow the US lead, saying: “We are involving an unprecedented number of certification authorities.

“It’s important we maintain predictable international alignment. It’s not in anyone’s interest for any regulator or any certification authority to get out on their own.”

Dickson told US TV reporters that he would fly the aircraft himself before certifying it. He said: “I will fly the Max.

“I’m the final signoff authority in the US and I’m not going to sign off on the aircraft until I would fly it myself.

“I can guarantee that the airplane will not be flying again until I’m satisfied it’s the safest thing out there.”

A spokesman for Boeing said: “We’ll work to meet the administrator’s requests and support global regulators.”

More: Comment: When will Boeing’s 737 Max fly and will passengers want to board?