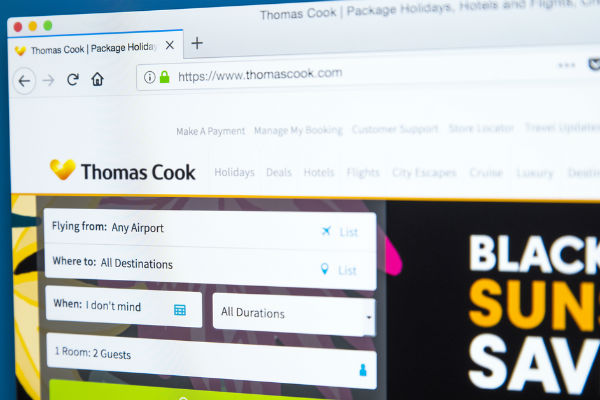 A travel specialist digital marketing agency has valued the Thomascook.com domain “conservatively” at £100 million a year.

The company, which cannot be named as it has been engaged by a client to help make a bid, said it was the most valuable asset from the collapse of the 178-year-old travel giant.

The marketing agency’s boss believes many companies will be interested in acquiring it – but said the administrators need to “move it on quickly as it becomes less valuable by the day”.

“Over five years, this domain could be worth half a billion pounds. It could provide whoever acquires it with £100 million extra revenue a year from all the traffic that would be diverted to its site from thomascook.com.

“But it’s a perishable asset and will start to decay the longer they leave it,” he warned.

The marketing agency boss said that Loveholidays had picked up both the lowcostholidays and the Monarch domain names after they both failed, meaning all traffic to those sites was redirected straight to loveholidays’ website, giving it a major boost.