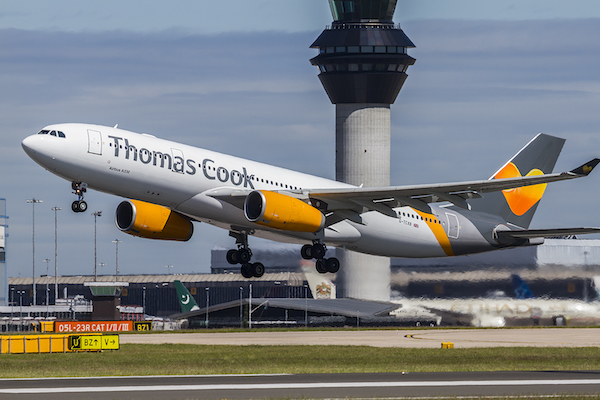 The slots, which could be worth tens of millions of pounds, are expected to attract a bidding war from rivals, potentially including easyJet, British Airways owner IAG and Tui, because of a lack of capacity at peak times at the single runway airport.

Wizz Air chief executive Jozsef Varadi told the Financial Times it was looking closely at failed Thomas Cook slots as part of a plan to grow in London.

The eastern European budget carrier accounts for more than 40% of capacity at Luton airport but is looking for alternative ways to grow its business from the UK capital.

Willie Walsh, chef executive of BA owner International Airlines Group, said the organisation was interested in slots at Gatwick that may be available following the collapse of travel firm Thomas Cook.

Thomas Cook has around 15 daily slot pairs during summer at Gatwick, and around eight in the winter, according to the Airports Co-ordination Limited, the independent body that allocates airport slots.

This equates to about 3.5% of total slots at Gatwick during the peak summer period.

BA bought 20 prime take-off and landing slots at Gatwick from collapsed airline Monarch in 2017, while Wizz Air acquired Monarch’s slots at Luton airport. The deal was worth £54 million for Monarch’s administrators, of which the large proportion came from the Gatwick sale, according to the FT.