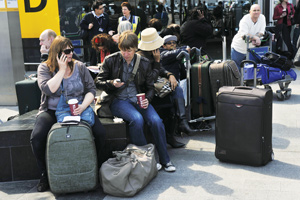 Travel agents are set to face another summer working under the existing consumer financial protection regime after the Department for Transport (DfT) as good as ruled out reform by next spring.

The DfT is now not likely to announce reform of the Atol scheme that provides financial protection before October, pushing back the timetable for change.

This will disappoint major tour operators and retailers as much as the industry regulator, the Civil Aviation Authority (CAA), after a series of company failures in July and August led to hopes reform would be in place by April 1, before next summer.

The CAA is already dealing with claims from up to 180,000 consumers hit by the failures of Goldtrail Holidays, Kiss Flights and Sun4U in the summer peak, with further failures anticipated this autumn.

The DfT issued a statement last week acknowledging “the anxiety and difficulty the failure of a tour operator can cause”.

And aviation minister Theresa Villiers conceded: “It can be very difficult to know whether a trip might be covered.” She advised consumers to “do their homework before booking”.

The department is considering proposals to extend the Atol scheme and return protection to a level last seen before sales boomed online – when Atol covered up to 29 million foreign holidays a year.

By comparison, there were 37 million overseas leisure trips by air last year, of which no more than 50% were Atol-protected.

The DfT says detailed proposals will be announced “soon”. However, a spokeswoman told Travel Weekly it is “most likely” the announcement will only be made while Parliament is sitting. That narrows the options.

MPs return from their summer break on September 6 and will sit for just 10 days before adjourning for the party conferences. They will not then sit again until October 11.

When this was pointed out, the DfT suggested the reform announcement would be “towards the end of the year”.

Other sources suggest Villiers has not yet decided on two key issues.

The basic change – extension of Atol to ‘flight-plus’ transactions involving any sale of a flight plus one or more holiday elements – is not in doubt.

However, the minister has to decide whether to include flight-only sales through tour operators and other third parties, and whether and how to include ‘click-through’ web sales – when a customer books a flight and later adds a room or car hire through a linked site.

This would bring many currently unprotected sales by online retailers into the Atol scheme. But there are unresolved issues, such as what happens when there is a lapse of several days between associated transactions.

The danger in delay is that companies now selling protected holidays may withdraw some from Atol cover. Tui Travel has already said it will exclude seat-only sales from November.

A senior source acknowledged: “The trade needs dates for the proposals and when they will come into force.”

However, the process is also complicated by politics. The government wants the debt built up by the Air Travel Trust Fund (ATTF), which backs Atol, off its books, but it has pledged not to introduce any new regulation without first ditching an existing one.

The department must also grapple with expected cuts of at least 25% to be announced next month.

In the meantime, the CAA is poised to announce whether up to 20,000 bookings of Goldtrail holidays made through unprotected online retailers will be paid by the ATTF.

This week a CAA spokesman would say only: “We will pay all valid claims. The question is whether claims are valid.”

Unresolved issues make it unlikely reform will be in place before October 1, 2011, heralding another summer with consumer protection that is confused and contradictory.