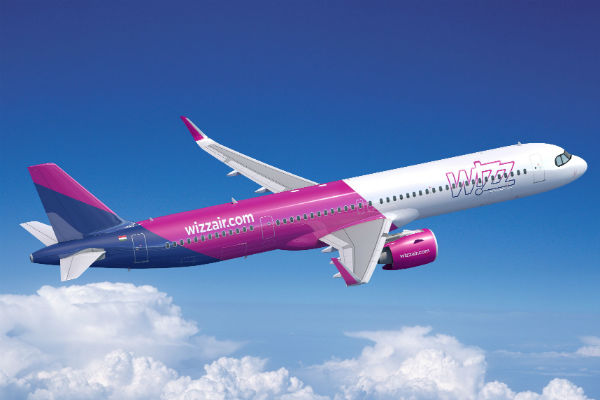 Wizz Air shareholders have voted in favour of the airline’s plan to buy 20 long-range Airbus aircraft worth almost $2.6 billion.

An extraordinary general meeting was held to approve a plan by the budget airline to convert part of an existing order with Airbus.

The A321XLR aircraft will enable the carrier to operate longer range routes of between seven and eight hours in duration.

The extended range Airbus type will be configured to carry 239 passengers with enhanced capability compared to the Airbus A321neo.

The purchase will bring Wizz Air’s outstanding firm orders with Airbus to 276 aircraft for deliveries through to 2026.

Airline management had argued that Wizz Air’s ability to further expand its network by connecting destinations currently out of reach and to increase its competitive advantage would be “negatively impacted” if not approved.

Deliveries of the additional aircraft are due to start in 2023.