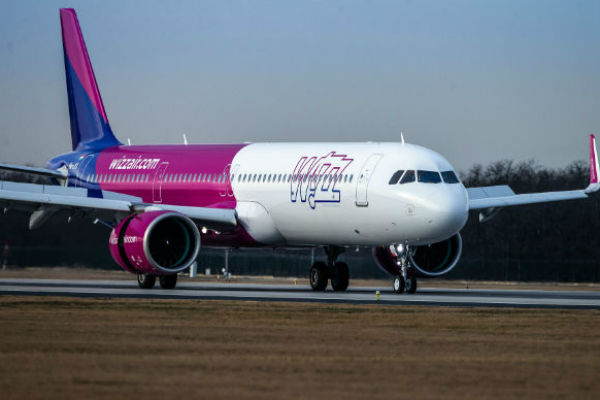 Wizz Air expects to accelerate growth profitably during the winter following a record summer half year.

Profit soared by more than a quarter to €371.5 million in the six months to September 30 as passenger carryings rose by 18% to 22.1 million.

The eastern and central European budget carrier expects full year net profits of €335 million to €350 million from a previously expected range of €320 million-€350 million due to a “stronger yield environment” along with an “ever disciplined” attitude to costs.

Chief executive Jozsef Varadi said: “On the back of a strong first half we will be accelerating second half growth to 22%.

“Notwithstanding this faster pace of growth and the genuine macro-economic challenges which always exist, the more recent supporting market conditions mean we are seeing our business tracking towards the top end of our current net profit guidance range which gives us confidence to tighten the range to between €335 million and €350 million for the full year.”

The growth came as 76 new routes were opened to bring the network total up to 710 to 44 countries from 25 bases with a fleet of 119 Airbus aircraft.

Varadi said: “We will continue to enhance our market-leading position with the roll out of the game-changing, attractively priced and financed A321 neo aircraft which will enable Wizz Air to continue widening our cost advantage over our competitors.”

The fleet will be bolstered with 20 extra long range A321s, taking its total aircraft orders up to 268.

“These industry-leading, cost efficient aircraft will allow us to connect even more airports within our wide and diverse network,” Varadi added.

The carrier is also committed to further reducing CO2 emissions per passenger kilometre by 30% by 2030 with the introduction of  “ultra-efficient” A321neos, which will operate with high seat count and high load factors.

Varadi added: “In addition to our environmental efforts, Wizz Air has a well-developed sustainability framework covering the social and environmental pillars of this important part of being a responsible corporate citizen.

“An important part of this is our commitment to gender diversity and we are proud to confirm that there is zero pay gap between genders in similar roles within Wizz Air.

“We have also recently committed to driving the recruitment of women in our pilot ranks and will provide details of this initiative in the coming months.”