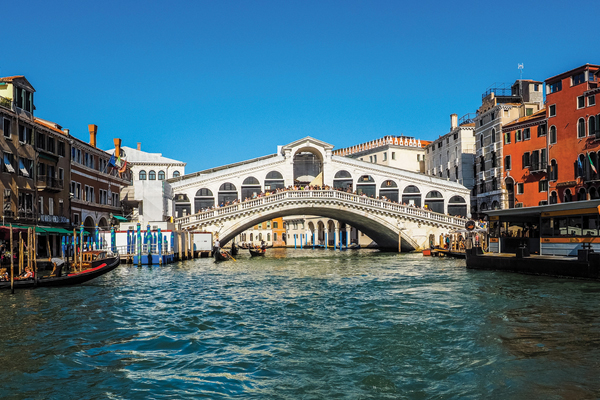 Climate change has been blamed for floods which have engulfed more than 85% of Venice.

Two people are reported to have died in the highest water levels recorded in over 50 years.

Hundreds of millions of euros in damage has been caused by the heavy rain on Tuesday and a further surge yesterday.

Flood levels reached the second-highest level since records began in 1923 at 1.87 metres (74 inches).

The head of the Venice hotels association said the damage was enormous, with many hotels losing electricity and lacking pumps to remove water.

Tourists with ground floor rooms had to be evacuated to higher floors as the waters rose on Tuesday night, Claudio Scarpa told the Ansa press agency.

Water taxis attempting to drop people off at the historic hotels along the Grand Canal discovered that gangways had been washed away, and had to help passengers clamber through windows, The Guardian reported.

Venice airport said connections by water taxi remained difficult due to the “exceptional level” of the tide.

St Mark’s Square was submerged by more than one metre of water, while the adjacent basilica was flooded for only the sixth time in 1,200 years – but the fourth in the last two decades.

The last occasion caused an estimated €2.2 million of damage in November last year.

While the water level dropped slightly on Wednesday morning, a further torrent on the back of high winds was forecast to arrive later in the day, reaching a level of 1.60 metres.

Venice mayor Luigi Brugnaro, said he would declare a state of emergency, adding that the flood levels represented a wound that would leave indelible marks.

“We ask the government to help us. This is the result of climate change,” he said, putting the damage in the hundreds of millions of euros.

EasyJet said: “We are aware of  reports of  flooding in Venice and our thoughts are with those affected.

“Please be advised that our Venice flights are operating as normal.

“Any customers travelling to or from Venice until Friday 15th November can transfer their flight free of charge to another on the same route without incurring the change fee or difference in fare.”