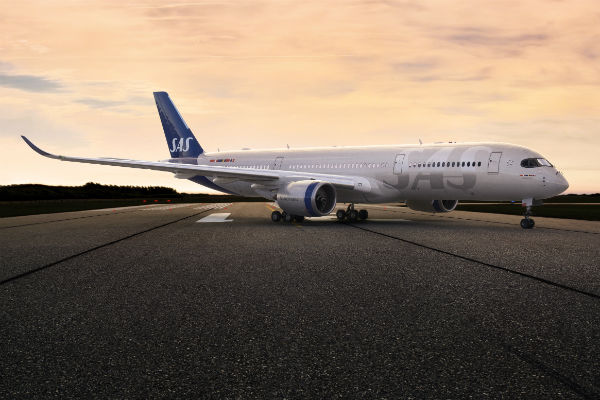 SAS is preparing to start using the first of eight new Airbus A350s on long-haul routes.

The first of the long range twinjets has been delivered to the Scandinavian carrier and is to enter service on January 28.

The 300-passenger aircraft will operate in a three-class configuration from Copenhagen.

The fuel-efficient aircraft has been earmarked for seven routes in 2020 including Chicago, Beijing, New York, Tokyo, Shanghai, Hong Kong and San Francisco.

President and chief executive Rickard Gustafson said: “The A350 is a milestone in the extensive renewal of the SAS fleet which will consist of the market’s most advanced and fuel-efficient aircraft.

“With this aircraft we reduce the fuel consumption compared with the aircraft it replaces, which means reduced carbon emissions by up to 30%. Also, the external noise foot print will be reduced by 40%.

“Along with the new livery, the A350 is a symbol of a more sustainable and competitive future for SAS.

“The aircraft is one of our biggest investments, enabling us to provide an outstanding travel experience.”