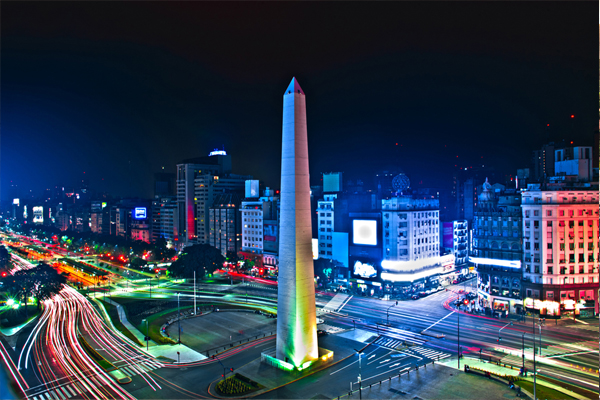 A British businessman shot and killed outside a luxury hotel just hours after arriving in Buenos Aires is understood to have been the director of a UK holiday parks and retirement homes business.

Matthew Gibbard and his stepson Stefan Zone were attacked by two armed robbers on a motorcycle as they got out of a taxi at the Faena Art Hotel in the upmarket Puerto Madero waterfront neighbourhood of the Argentine capital.

The are believed to have arrived in Buenos Aires’ Ezeiza International airport on a British Airways flight that landed at 9.20am on Saturday, and took a taxi to their hotel, along with other family members

They were intercepted by two men on a motorcycle who tried to rob them as they got out of the taxi, just before 11am.

The robbers, who had been circling the area, also had a support vehicle nearby, it has been claimed.

The two Britons attempted to resist the theft and were shot in the struggle, authorities said. Emergency services arrived within minutes and took both to local Argerich hospital.

Mr Gibbard suffered a haemorrhage and died of his wounds after an operation, according to local reports. Mr Zone was in a stable condition in hospital.

Mr Gibbard was a director of Tingdene, a family business that operates residential park home estates, marinas and holiday parks in Norfolk, Suffolk and Lincolnshire under the Holidays for Allseasons brand.

Four people have been arrested, local media has reported.

Foreign and Commonwealth Office Office spokeswoman said: “We are supporting the family of two British men following an incident in Buenos Aires, and are in contact with the local authorities there.”

The hotel said in a statement: “Faena Hotel Buenos Aires is deeply saddened by the incident which took place in the vicinity of the hotel.

“We express our deepest condolences to the families and friends of the victims. Faena Hotel Buenos Aires is working with the authorities and providing our full support.”

Argentina’s newly elected president Alberto Fernandez said: “We must be tough. We can’t put up with this. We need to find the people responsible for this and make them pay with the full force of the law.

“It was an atrocious incident, like many that happen in Argentina, because criminality hasn’t gone down, despite what the official figures say.

“I urge everyone to stand up to it and be uncompromising when facing crime.”

More than 111,000 Britons visited Argentina last year and most visits were trouble-free, according to the FCO.