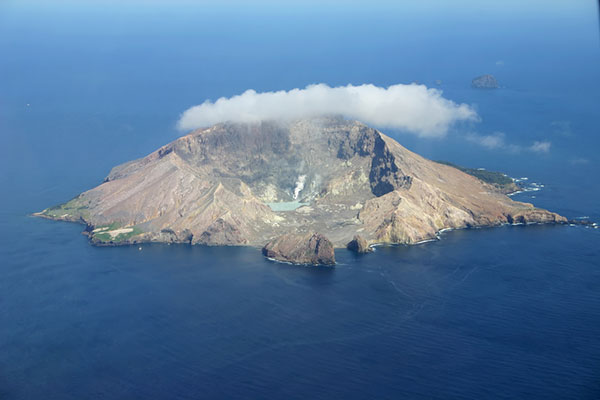 New Zealand has observed a minute’s silence to marking one week since the deadly eruption of the White Island volcano.

The tribute was held at 2.11pm local time, the exact moment of the eruption.

Sixteen deaths have been confirmed while two bodies are still missing, believed to be in the water off the island.

About 20 people remain in intensive care with severe burns.

Relatives of some of the victims observed the silence on a police boat near the island, according to local reports.

Prime minister Jacinda Ardern paid tribute in an Instagram post to “many people who did extraordinary things to save lives”, saying: “Those who have been lost are now forever linked to New Zealand, and we will hold them close.”

The government has approved a £2.4 million fund to help small businesses in Whakatane – the tourist town gateway to White Island.

Ardern said WorkSafe, New Zealand’s regulator for workplace safety, had already opened an investigation into the disaster, while the coroner is conducting a separate inquiry.

The prime minister added that the government was waiting on advice about whether further inquiries were needed.

“There remain questions to be asked and answered,” she said.

Out of the 47 people on the island when the eruption occured, 24 were from Australia, nine from the US, five from New Zealand, four from Germany, two from China, two from the UK, and one from Malaysia.

The majority were on an excursion from Royal Caribbean International ship Ovation of the Seas, which returned to its departure point of Sydney today.

Parent company Royal Caribbean Cruises said: “We are grateful for the work of all the first responders and medical personnel.

“We also thank the prime minister and her team, the local authorities and everyone who has reached out to help with their kind thoughts and prayers.”