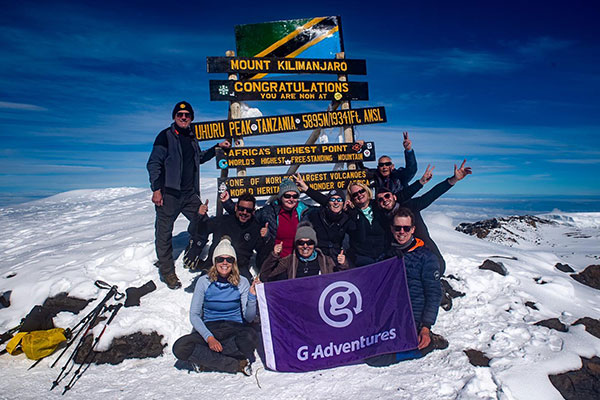 Travel Weekly editor-in-chief Lucy Huxley was pushed to her limits as part of a group led by G Adventures, who trekked up Africa’s highest peak for Planeterra and Abta LifeLine

The #GTrekForGood team have so far raised a whopping $35,000 (Canadian Dollars) for G Adventures’ social enterprise arm, Planeterra, which supports tourism projects in communities which G sends guest to, and for Abta LifeLine’s appeal to support those people affected by the collapse of Thomas Cook. 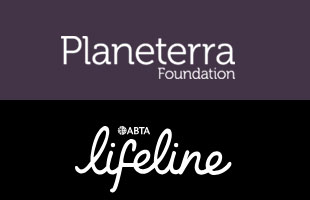 View more pictures from the climb in our online gallery

“Pain is just for today… victory is forever.”

This was the motto, imparted regularly by our Kilimanjaro guides, in a bid to motivate us to the summit of the world’s tallest free-standing mountain.

And there’s no denying it spurred us on. I just think none of us realised that the pain element would be quite so permanent a feature of our six-day charity climb!

I had flown to Tanzania with G Adventures, along with 10 other members of the travel industry on a #GTrekForGood endeavour, organised by UK and EMEA managing director Brian Young. We arrived at Kilimanjaro International on November 24. The date is significant… it’s slap bang in the middle of the rainy season.

And boy, did it rain.

The ensuing five days were dominated by torrential downpours, damp tents and very wet clothes. Well, wet everything, if I’m honest. And it was relentless. Who knew my hideous plastic poncho would eventually be the envy of the group?

Getting clothing dry was impossible, and many of us started to worry about ‘Summit Night’, when we knew temperatures would drop to -20C. Being wet would be the last thing anyone needed.

But we had four full days of trekking before that… or ‘the easy bit’, according to people who had previously climbed Kili. Clearly they climbed it in the summer.

It was all smiles as we arrived from our hotel in Moshi to the Machame Gate at 1,800 meters, where our expedition would begin.

We met our G Adventures guides, known as CEOs (chief experience officers) – Brunno, Sayeed, Sam, Gipson and Gerard; James our ‘stomach engineer’ (chef), and their supporting cast of a further 20 or so G-Fighters – the porters who carried our tents, gear, food – and beloved chemical toilet – to camp each day.

The welcome was incredible. All of them dressed in purple G Adventures bibs and beanies, singing African songs and dancing. It was impossible not to join in and we were all very upbeat as we headed off into the rainforest for an 11km hike to our first checkpoint – Machame Camp at 2,835 meters.

We saw huge black and white monkeys in the trees en route, and it was warm – if very soggy. And so the love affair with my cagoule and waterproof trousers began.

The first night was actually the worst. I’m not a natural camper, it has to be said, and the shock of being alone in my tent, the rain hammering down on the canvas, Brian snoring loudly nearby and the need to get up to pee every hour (a side-effect of anti-altitude sickness tablets), was not a great recipe for sleep.

But most of the group had also had a rough night. Funny how you feel so much better when you know everyone else is also suffering. That’s solidarity at its best.

And the next day, the rain came down in such biblical proportions that it was actually funny. The trail was steep and rocky – requiring us to scramble up wet boulders or attempt to cross fast-flowing, ice-cold rivers via desperately slippery rocks. One, so much so, that Barrhead Travel’s Chris Mottershead actually slid right in.

It must have been freezing. He was remarkably good-natured about his unplanned swim – and his resulting drenched walking boots. I’m not sure I would have been! Looking back, it’s a wonder more of us didn’t come a cropper.

The adventure had truly begun. It felt dangerous and, as we arrived at Shira Cave Camp at 3,750 metres, was definitely much colder and bleaker.

Another night of torrential rain ensued – but I discovered the miracle of putty earplugs and a Shewee – and my night was a whole lot better.

My mood was lifted further by waking up to sunshine – and our first view of the snowy beast we were climbing. We even had an al fresco breakfast and set off on the 7km trek to Lava Tower Camp for lunch.

This checkpoint is at 4,600m and is slotted into the route as a test to see how we would cope with higher altitude. The rain returned soon after we set off and it was a gruelling, plodding 5-hour trudge, with Andy Harmer feeling more unwell as the elevation increased. This didn’t bode well, but another two-hour walk down to Baranco Camp at 3,900m to sleep (greeted by yet more singing and dancing from our Kili Kings), and he was back to his usual jovial self.

Day three… the infamous Barranco Wall. It even sounds foreboding. Shrouded in mist the previous evening, it wasn’t until the morning that we saw quite how sheer and daunting this natural structure was. And we had to climb it. And the rocks were wet.

It was not for the faint-hearted and got everyone’s adrenalin pumping and hearts racing. At one point, we had to hug an overhanging rock so tightly as we edged past. You could see why it’s called The Kissing Rock. All kudos though to the group’s vertigo sufferers, Jacqueline, Lisa and Brian, for whom the ordeal was clearly terrifying.

Lunch at Karanga Camp at 3,995 meters was swift, before we had to trek another four hours to Barafu Camp – or Base Camp – at 4,800 meters. It was nearly time.

I don’t think anyone ate much dinner as we listened to our Summit Night briefing. “This is not a joke,” said our head CEO Brunno. “This is a serious mountain. But if the mind is willing, the body will adapt.”

And so, three hours later (of mainly panicking rather than sleeping), dressed in four layers on my legs, eight on my torso and three on my head, I scoffed down three custard creams and set off into the darkness with just my headtorch illuminating Miles Morgan’s boots in front of me.

We walked for an hour, rested for five minutes; walked another hour, and rested again. There was soon snow underfoot and the gradient was steep – so vertical, the bobbing lights of other climbers appeared to be directly above us. It was probably a good thing we couldn’t see what we were scaling. Thankfully, it also meant I couldn’t see Sam throwing up behind me (but I could certainly hear him!).

My abiding memory was the Kili Kings singing again to spur us on – I barely had the breath to speak, let alone sing. And as the sun finally started to rise, and the guides cracked open the ginger tea (for those in the group feeling nauseous), the view was magical. Sadly, it was totally marred by realising that one of our group was no longer with us. The altitude had affected Andy so severely that he had to be taken down the mountain on medical advice. As one of my best friends, I was totally gutted for him – and devastated to have to go on without him.

But we had to press on – including ascending to Stella Point at 5,756m, by now in the blazing sunshine. It was so hot and so steep and felt like for every step forward, we slid back the same distance. It took hours – and all of my energy. And yet from there, we still had another hour to climb to Uhuru Peak at 5,895m.

By now, I was dizzy and can honestly say, that if it hadn’t been for my Sam-wich (between CEO Sam, and Sam from Mail Metro Media), I would not have made it. “Lucy…You are my daughter and I WILL get you to the summit,” said our amazing CEO, as the other Sam stopped me from falling over.

As we edged over the final brow and saw the famous sign topped with the Tanzanian flag, the tears started streaming. A mixture of relief, euphoria – and sorrow that Andy wasn’t with us. Everyone in our group shed a tear. It had been brutal. But we did it.

Brian Young,  G Adventures
“My stand-out moment was the welcome back into camp by the G team.”

Jacqueline Dobson, Barrhead Travel
“A fantastic experience, but the hardest thing I have ever done.”

Lisa McAuley, Gold Medal and Travel 2
“Most definitely a once-in-a-lifetime experience and one that earns huge bragging rights.”

Andy Harmer, Clia
“A difficult and relentless week. But the memory I will take away is the bond that I developed with my fellow hikers.”

Miles Morgan, Miles Morgan Travel
“I was expecting the physical challenge, but not the relentless rain and cold.”

Sam Conway, Mail Metro Media
“It was more difficult than I had expected but the positives far outweigh the wet and altitude sickness.”

View more pictures from the climb in our online gallery