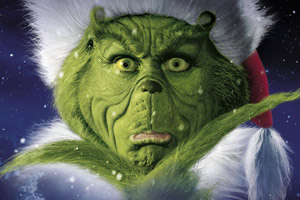 A survey of Christmas shoppers has found travel agents are the most likely to show Grinch-like, penny-pinching tendencies.

Online shopping website Viking Direct worked with a TV psychologist to develop a shopping personality test based on a short survey emailed to 250,000 shoppers.

It put shoppers into four categories; dodgers, who avoid presents and opt for vouchers; pinchers, who love a bargain; planners, who never go shopping without a list; and surprise shoppers who go that extra mile with gifts.

The survey found travel agents were among the biggest penny-pinchers of any industry, the least likely to go the extra mile and would dodge gift buying if possible.

Big Brother, GMTV and The One Show psychologist Emma Kenny said although agents’ buying habits might reflect their low pay, it was clear that they love a bargain.

“Viking Direct was keen to find out how people buy and the thought process people go through to make that buying decision – especially with Christmas around the corner.

“Disposable income does play a part in our gift choices, but what this poll shows is some people are just tight and don’t like splashing the cash – no matter how much they earn.”

Stratford-upon-Avon-based agent Vicky Jenkins admitted she was a pincher: “The personality test rings true with me as I do love a bargain. I can just about bring myself to shop online, but I can’t stand trawling round the shops – and if I can get a bargain, I am a happy lady.”