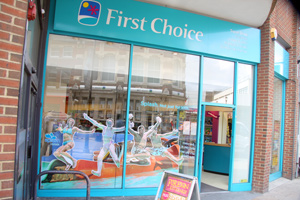 Tui Travel has dismissed reports of tension within the group following the resignations of two non-executive directors and the group’s auditor, insisting the departures were unconnected.

Reports in The Guardian and The Observer newspapers at the weekend suggested Hicks and Thorley had stepped down over the restatement of accounts and its handling, and that at least “one major shareholder” was unhappy.

However, a Tui Travel spokeswoman told Travel Weekly: “We have not been contacted by any shareholders with concerns regarding recent stock exchange announcements.

“We can confirm that the non-executive directors’ decision to step down was not a result of the need to restate our 2009 results.”

She added: “We have issued announcements about KPMG not seeking re-election as the group’s auditors and the decision by Jeremy Hicks and Giles Thorley to step down from the board. The content of both announcements was agreed by all parties concerned.”

Hicks and Thorley had been on the Tui Travel board since 2007 after joining as directors of First Choice Holidays when it merged with Tui that year.

KPMG had acted as Tui Travel’s auditors since the merger. In a letter notifying Tui of its resignation, KPMG revealed its “relationship with certain directors” had become “increasingly strained” since the accounting issue came to light and said: “As a result we are not confident we could carry out an audit of the company to the appropriate standard.”