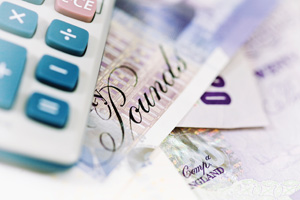 Tui Travel was forced to restate its accounts to the tune of £117 million because of a failure over several years to account accurately for discounts on holidays sold through agencies.

The group explained the failure in a report sent to shareholders ahead of its annual general meeting next month. The error was first revealed last August and the loss put at £117 million in October.

The problem arose at Thomson, before the merger with First Choice, when the company introduced a new retail booking system. This was supposed to record the same data as the existing tour operating system, but things went wrong when “the systems were streamlined, roles were consolidated and parts of the process transferred to an outsource provider in India”.

The report reveals: “Transaction data was not accurately reflected in shops. Discounts on holiday prices, cancellation fees and admin fees for changes to bookings were inaccurately recorded by agents as a price change.” Income was overstated and the problem magnified when the system was extended across the merged group.

A company source said: “Basically the systems were not talking to one another. The prices and discounts were supposed to be reconciled, but were not in all instances. Some discounts needed to be entered manually, and were not.”

The group dismissed reports the affair had caused tension at the top, insisting the resignations of two non-executive directors last week and the group’s auditor KPMG were unconnected.

A spokeswoman denied industry rumours that Tui Travel was the subject of investigation by the Financial Reporting Council (FRC), the UK regulator for corporate governance, saying “Tui Travel has not been contacted by the FRC”. The FRC refused to comment but a spokesman said: “We look at the reporting of accounts all the time.”

Sources in the City suggested statements by the group, its auditor and former audit committee chairman Jeremy Hicks were “not consistent” and that German-based parent Tui AG was “not happy”.