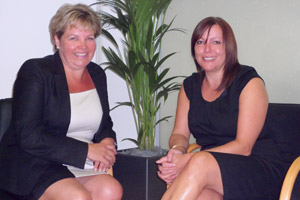 TTA Worldchoice is entering the homeworking market for the first time with the launch of joint venture Independent Travel Experts (ITE).

The consortium has joined forces with two seasoned homeworkers: Amanda Taylor and Paula Turner, former brand manager and recruitment manager respectively for Future Travel – now known as The Co-operative Personal Travel Advisors after it was rebranded in November 2010.

The company has ambitious plans to have 50 homeworkers by the end of the year and aims to attract agents with high levels of commission and promises of round-the-clock support.

With a focus on high-end, tailor-made product, agents will earn 61% of the commission, with potential to earn 70% depending on sales.

TTA Worldchoice will provide financial protection and all the back office technology, while Taylor and Turner will recruit, develop and support the homeworkers.

This is a sector TTA Worldchoice operations director Gary Lewis admits he has been eyeing for some time. He said: “We launched 127 new businesses into the market last year and we have been keen to get a foothold in the homeworking market for a long time. Now we have found the right people to come into it with, it’s a perfect fit.”

The timing of the launch coincides with the merger of Thomas Cook and The Co-operative Travel. That tie-up is expected to be completed by October, making the next few weeks an uncertain time for staff. Taylor said: “There are homeworkers at the Co-op who are unsettled at the moment.”

However, she points out that ITE will be keen to recruit agents who are new to homeworking, as well as those transferring from other firms.

“There will be agents who are displaced from other companies but we are also going after new blood. There might be people working in a shop who want a piece of the action and we can offer them solid financial backing.”

So what will set ITE apart from its competitors? Taylor believes high levels of support and the confidence that comes with the TTA Worldchoice name.

“The support aspect is missing from most companies now. We will be there to support the homeworkers 24/7. We want people to buddy up and work together, and Paula and I will meet them on a regular basis.”

Homeworkers will be self-employed and will be expected to bring in clients, rather than relying on a stream of leads, so networking will be key.

The agents will also benefit from TTA Worldchoice’s buying power and access to a huge range of suppliers, added Taylor, allowing them to fulfil even the most obscure requests.

She said the company planned to offer a “holistic” approach by helping agents balance their work and family lives. There will also be a heavy emphasis on training and improving agents’ skills. “We will help agents develop whichever skills they’re lacking, which could be negotiation skills, paperwork, or selling techniques,” said Taylor.

Lewis, Turner and Taylor have already addressed one thorny issue of agreeing to pay their commission on forward bookings when agents leave the company. Lewis said: “We don’t see why good agents should be penalised.”