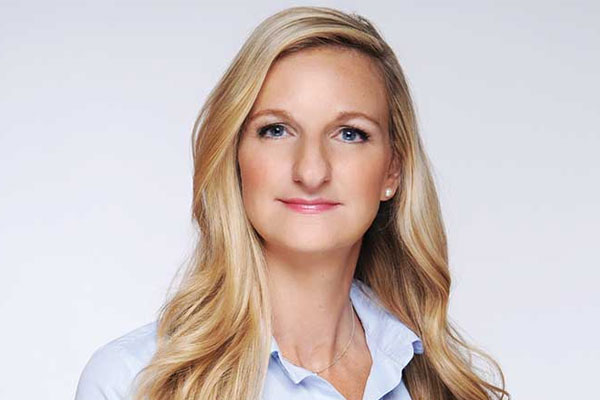 The ski season was beginning to come to an end when the World Health Organisation declared Covid-19 a global pandemic in March.

And while she said it was “really important” for the company to balance ski with sun long term, she said the virus had fallen as kindly as it possibly could for the business.

“For the short-term ski will be the most resilient as we look to the winter market,” she said – but strictly caveated with: “Though I don’t have a crystal ball.”

Speaking just before the government’s decision to impose quarantine measures on people returning to the UK from France, Giraudeau said the threat of the 14-day isolation was a “major concern”. “We can’t deny that but it is a reflection of the whole travel industry. It could dramatically damage the travel industry,” she said.

“I think they will make decisions for a few weeks or months and they will change their minds. I don’t think they will impose quarantine for five or six months. They might see how the situation is going in September. Obviously it’s not good news as everybody puts decisions on hold.”

However, Giraudeau was upbeat that the all-inclusive operator’s customers will maintain bookings because of what Club Med had seen in terms of UK customers’ bookings to its resort in Portugal, which never made it onto the UK government’s ‘safe lists’.

Giraudeau said customers have largely decided to continue with their holidays, despite government advice against all but essential travel – echoing easyJet chief Johan Lundgren’s comments about the airline’s flights to Spain.

Giraudeau said only a “handful” of customers booked to Portugal this summer had cancelled. “People were very desperate to travel and accept that when they come back they have to isolate,” she said.

“We usually find that people are extremely scared if the government guidance says ‘don’t go’, but because this government has changed its mind it has created a lack of credibility. It is about individual responsibility, I don’t think the role of the government is as important.”

“Flights are operating in Portugal, and could do in France. As long as it’s just a recommendation and the client is happy to travel, it’s fine. As a company, we would never send clients to a country where we think there’s a high risk.”

Giraudeau said the main impact of quarantine was how it affects the booking pattern, adding: “The UK is the only country in Europe in quarantine mode”.

She said “there’s a cautiousness and a worry about September” as she explained the hope that restrictions might be relaxed by then, which could lead to a successful winter season.

“We might see the [UK] government play with restrictions but in a more sensible way than a blanket quarantine [on individual countries].”

In terms of refunds, for which Club Med has come under some scrutiny, Giraudeau said that between 70-80% of people were “happy to rebook”.

She said: “This might not be the feeling because you see the people who are angry about refunds [commenting online]. This is not a reflection of the reality. The vast majority are happy to rebook and are very understanding.

“We are processing all the refunds and have committed to refund people in up to 60 days maximum, and we try to go much faster. The huge number of requests is not easy to handle.”

“We have let our clients down because we haven’t been as fast as we usually are in replying. It’s the same for all the travel industry, aside for a few exceptions. We have gone as fast as we can with the resources that we have had. But we are back on track for clearing all the backlog. Most people who accepted the refunds said they will return to Club Med. People are scared, so they want the money in their bank accounts, and might delay their decisions to travel again, but they will come back.

“There’s a misunderstanding that we are using people’s money as a free loan. Most companies, including us, have refunded almost everybody and are still in business. That shows it was not a vase of cash management. It’s about how we can physically do it.

“If it was a push a button and refund everybody, that would be easy, but we have to do a bit of admin to make sure it’s the right amount and for intermediaries [travel agents] it’s even more complex because we have to get the right money to the client and to the agency. It can be extremely time-consuming. Everything [before the France quarantine announcement] should be cleared by the end of September”

Giraudeau said Club Med was in a better position, as a ski resort operator, than many other travel firms because of when the virus was declared a pandemic.

“In March, the most important part of the ski season was achieved,” she said. “So we entered the crisis from a strong financial position. Others who are sun dependent didn’t have that.

“Next winter will be an important one, but so far we are in a better financial position [than other travel firms].”

Giraudeau was confident that “ski will be resilient” as long as people are allowed to travel this winter.

“We saw a pick-up in demand after the government ‘safe lists’ were announced, but then it slowed after the Spain announcement because people understand that quarantine could happen anywhere,” she said.

But she insisted that “ski is much safer” because “you spend most of your time outdoors” and that “when you are in resort, you have the safety protocols”.

Giraudeau said she spent two weeks at a Club Med resort in France this summer and that “everyone was respectful” of the rules. “It doesn’t really impact on the experience,” she said. “With ski, people are used to wearing goggles, so when you’re inside it’s just a case of switching the covering for a different part of your face. People get used to it.”

Giraudeau explained that Club Med’s clientele is “predominantly high end” and “have the motivation” to travel post lockdown. “It’s part of their lifestyle,” she said. “However, if the virus is still here they might be reluctant to take long-haul flights.”

“For advance level skiers we’ve seen a pattern that they like to go every year. We don’t think this will change [because of the pandemic] especially because a lot of people who were supposed to have gone this year were not able to.”

Giraudeau expects booking patterns to be “very different” this year. She said: “People will take longer before making a decision.”

“There will always be a travel industry,” Giraudeau added. “The question is ‘how many people will go and whether they go short-haul or long-haul. It might take us two years to get back to 2019 levels. I wouldn’t be pessimistic and say people won’t travel again.

“Products like ski, and short-haul will be resilient. People have a strong appetite to enjoy life because of the last three months.”

The brand’s first year-round mountain resort will open in Charlevoix, in Quebec, Canada, for the 2020-21 season and a series of new openings are also planned for 2021.

“Our development plans haven’t changed that much from what we were doing before the pandemic,” Giraudeau said.

She added that she expected the South Africa resort to be popular with the British market, and that Charlevoix would be a hit with experiences skiers loyal to Club Med that were looking for new challenges outside of Europe.