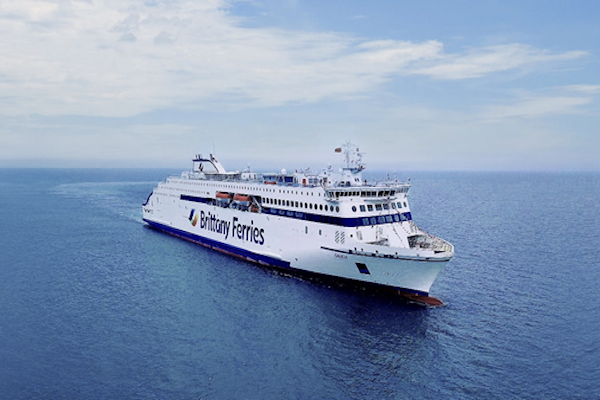 Brittany Ferries plans to introduce new ship Galicia on extended crossings between the UK and Spain before Christmas.

The commitment came despite returning travellers from Spain currently having to self-isolate under UK government quarantine restrictions.

The new addition follows the company laying up two ferries and consolidating routes from the end of August due to the imposition of quarantine restrictions on arrivals from France.

The 1,015-passenger ferry is nearing completion at a shipyard in Weihai in China and is due to start commercial service as early as mid-December with sea trials completed.

The crossing time is between 28 and 33 hours. One dinner and continental breakfast will be included in the ticket price for the first time.

Brittany Ferries’ Pont-Aven and Cap Finistère will also continue to sail between the UK and Spain, with up to seven weekly return sailings in total between the two countries.

Galicia is a new class of ship for Brittany Ferries, with two sister vessels, Salamanca and Santona, to join the fleet in 2022 and 2023.

The ship’s funnel will be fitted with latest closed-loop, exhaust-emission-scrubbers to strip particulate matter – soot – and harmful components, such as sulphur oxides from airborne emissions.

Brittany Ferries chief executive Christophe Mathieu said: “The arrival of Galicia will serve as a statement of our confidence in the future of ‘Spain without the plane’.

“We started running ferry services from the UK to Spain in 1978, and – in a normal season – they are among our most popular crossings, with around 350,000 passengers per year.

“But this is the very first time in the history of Brittany Ferries that we have designed, themed and decorated a ship around Spain.

“Fleet renewal is an integral part of our five-year recovery plan and Galicia’s arrival is the result of a commission made in happier times.

“That is why I am delighted to bring this good news story to our staff, freight drivers and passengers today.

“Our message is clear: we have invested in beautiful new ships. Given the right support to get through this terrible crisis Brittany Ferries can have a bright future, as well as a proud past.”