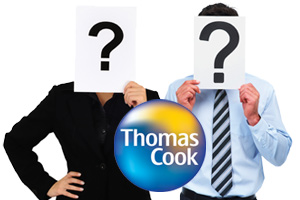 Thomas Cook could be poised to recruit its new chief executive from outside the travel industry, with WH Smith chief Kate Swann being tipped as the leading contender.

Robert Cook, outgoing chief executive of the Malmaison and Hotel du Vin chains, is also understood to be in the running.

Last week, Swann unveiled positive results for WH Smith, while the Malmaison boss revealed he was to step down after eight years to pursue a “new challenge”.

Swann has been credited with turning around the fortunes of WH Smith since being headhunted for the role in 2003.

In particular, she expanded the business into airports and rail stations. Although this travel hub operation is half as big as WH Smith’s high street business, it is more profitable and has grown 8% this year.

Thomas Cook is said to be poised to name a replacement for Manny Fontenla-Novoa. City analyst Douglas McNeill, of Charles Stanley Securities, said this should revive the company’s flagging share price.

Having dropped as low as 33p following a third profit warning, Cook’s shares have since recovered, rising to above 50p this week.

Richard Carrick, industry consultant and chairman of PrivateFly, said Swann and Cook would fit the bill: “It looks like a job for an experienced chief executive with strong commercial acumen and an eye for the brand opportunity.

“Both have run companies that are fundamentally people businesses and, let’s not forget, staff motivation was one of Manny’s biggest assets.

“The company has to make an appointment that gets shareholders back on board, and an industry outsider of this ilk would do exactly that.”

A Thomas Cook spokeswoman said: “The process is ongoing and we’ll update the market at the appropriate time.”

WH Smith would not comment on speculation about Swann.