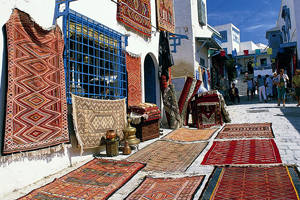 Tunisia could see “genuine growth” next year as the biggest operator to the destination out of the UK says strong sales have spurred it on to launch its first winter programme and add capacity for next summer.

Violence erupted in the country in January and was followed by a Foreign & Commonwealth Office travel ban, which was lifted in late February.

Operator Just Sunshine – whose parent company the El Mouradi group is Tunisia’s fourth largest corporation and owns 18 hotels in the country – admitted it had not expected sales through the trade to Tunisia to bounce back so quickly after the ban was lifted.

The operator’s sales for the year up to mid October were 77% up through agents based on the same period last year, said national sales manager Tony Blakey.

This was boosted by competitive prices which allowed Tunisia to compete with traditional destinations and offer “considerable savings” for families travelling in high season, and agent educationals, which saw 150-200 agents visit the destination this year.

Blakey said: “We thought we weren’t going to be able to sell our major destination but we were surprised and very much encouraged by the fact the market bounced back. By the time it got to July we were actively looking for additional seats. There is a feeling now that next year will see genuine growth.”

He claimed predictions of a drop in Tunisia sales of 60% this year could be way off, and suggested 30% would be a more accurate figure, despite the fact major operators such as Thomson and Thomas Cook switched capacity from the destination to Spain and Portugal.

Just Sunshine, which also sells Turkey, is adding new flights out of Newcastle and Glasgow to Enfidha for summer 2012 and increasing departures out of Gatwick and Manchester.

It has also launched a winter programme for the first time, with flights out of Manchester to Monastir, and Heathrow to Tunis, based on agent demand. This runs until the end of March.

“We are reasonably confident that we will be able to sell the new capacity quite easily as the market has already demonstrated it can bounce back after the events of this year and if we don’t have any negative impacts next year it will be even better,” said Blakey.

The operator anticipates sending 25,000 passengers to Tunisia next year and said it is already planning further growth to the destination in the next few years by adding more departure airports and hopes to move into new destinations longer-term.