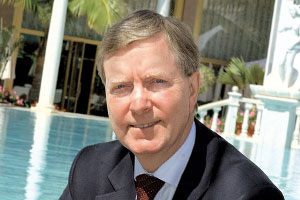 I must declare an interest with regard to Thomas Cook.

I have spent two-thirds of my life having an attachment to the company, after joining them in a Liverpool branch as a 16-year-old trainee. I had a wonderful time and rose to senior management both in the UK and internationally.

Thomas Cook has a special culture and great people. You never really leave Thomas Cook. It is the only organisation in travel I know whose culture is such that ex-employees still meet regularly.

The modern Thomas Cook is, of course, a very different business from 1841. It is now largely a European-centric, vertically integrated tour operator, although its DNA is that of a retailer.

The past 12 months have been very difficult for Thomas Cook with external influences and management mistakes leading to profit warnings. This came to a head last Tuesday with the announcement that annual results were to be delayed and the company was in discussion with its banks to get additional financing.

Now the refinancing is in place this is a temporary solution, but a continuation of the company depends on an orderly restructuring – particularly the UK tour operating business, which is too exposed in its positioning in a difficult economic environment.

I personally would not have agreed to the merger with The Co-operative Travel Group as Thomas Cook had a strong enough network and, with its third-party relationships, had enough retail distribution. However, the key now is to optimise the benefits of the merged operation.

Apart from the operational matters, it’s imperative Thomas Cook restructures its balance sheet and reduces its debt – so there will be disposals and cost cutting.

The past week has been turbulent for the company and the industry. Consumer media overreacted. What was encouraging was the overwhelmingly positive support for Thomas Cook from consumers, suppliers and industry partners.

We need to stay strong as an industry to ensure customer confidence remains high. We need a strong and viable Thomas Cook to ensure choice and competition for consumers and the industry.

I have every confidence that with good leadership and a diligent board, Thomas Cook will continue to serve customers in the way that it has for the past 170 years.