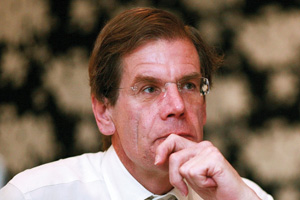 CAA director of consumer protection Richard Jackson has promised a major publicity campaign to accompany the launch of Flight-Plus to ensure consumers know what it means to them.

Speaking at the weekend’s Hays Independence Group conference Jackson revealed he was under “intense pressure” from the government to deliver a solution to the consumer protection issue and expressed desire to work closely with the trade to supply it.

“There is strong political concern that the consumer should be protected, that the law is unclear and that consumers can’t be expected to find out by themselves,” he said.

Miles Morgan, owner of Miles Morgan Travel, raised the issue of airlines such as easyJet not being subject to the same rules as travel agents when they sell holidays on their websites.

Jackson said Flight-Plus was the best solution available in the UK because European law dictated that airlines do not have to provide the same level of protection.

He did, however, suggest that the lack of protection for holidaymakers booking holidays through the likes of easyjet.co.uk would be highlighted by the publicity campaign. He added: “Maybe people will turn away from the low cost carriers and they will come under pressure.”

Jackson also urged the agents to choose their suppliers very carefully to ensure they worked with businesses through which solid protection would be offered.