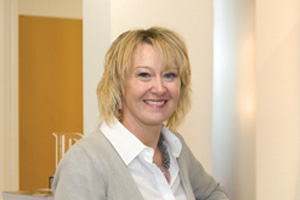 Fiona Jeffery, chairman of annual trade exhibition World Travel Market, has been appointed OBE in the New Year Honours list for services to the tourism industry.

Jeffery, who is also founder and chairman of the international water aid charity Just a Drop, joined Reed Exhibition Companies – the organiser of World Travel Market – in 1986.

In 1992, she helped launch Arabian Travel Market in the Middle East and in December 1993 took over responsibility as exhibition director of World Travel Market.

Creating the Ministers Summit and World Responsible Tourism Day are listed among her achievements.

Also recognised in the New Year Honours was Christopher Farnaby, head of operations (Aerodromes) at the Civil Aviation Authority, who was made OBE for services to aviation safety.

Hotelier Willy Bauer, founder of AB Hotels, which include The Arch London, and Sopwell House, was appointed OBE. John Victor Williamson, the owner of Valley Hotel Fivemiletown was recognised for services to tourism in Northern Ireland.

Director of tourism and marketing for the Welsh Government Jonathan Jones was appointed CBE. Finally, Amanda Thompson, managing director of the Pleasure Beach in Blackpool, was awarded an OBE for her services to the leisure park industry.

A total of 984 people were recommended to the Queen for inclusion in the New Year Honour list.