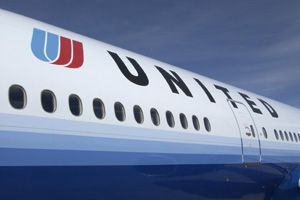 The world’s largest airline would have been profitable in the last three months of 2011 were it not for costs associated with merging United and Continental airlines totalling $247 million.

The company reported a $138 million quarterly loss, trimmed from $325 million in the same period in 2010.

Consolidated fuel expense for 2011, excluding the impact of hedges, increased 36.5%, or $3.4 billion, year on year. Workers earned $265 million in profit sharing for 2011, which will be distributed on February 14.

The consolidated network operated more than two million flights and had 142 million passengers in 2011, carrying the most traffic of any airline in the world.

The airline is moving towards operating under the single United Airlines brand in March when it transfers to a single reservations system, one website and a combined frequent flyer programme, eliminating the Continental name and Continental.com.

President and chief executive Jeff Smisek said: “We made significant progress in 2011 building the world’s leading airline, while running a clean, safe and reliable operation.

“I am proud of the results we achieved by working together at the new United, and I look forward to seeing my co-workers share in our success when we distribute more than a quarter billion dollars of profit sharing on Valentine’s Day.”