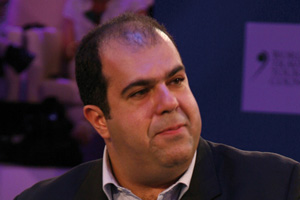 A row between EasyJet and its founder Sir Stelios Haji-Ioannou is set to come to a head next month amid reports that directors could quit the board if they lose a pay vote.

By turning the vote at next month’s Annual General Meeting into a motion of confidence, directors will force the airline’s shareholders to choose between the board or Sir Stelios, whose family owns 37.5% of the shares.

He has been in dispute with the carrier for more than a year, most recently threatening to block a pay deal that could award 10 executives shares worth £8 million over the next three years.

But without the backing of Sir Stelios, it will be difficult for the company to achieve the 50% approval needed to push through the pay deal.

He has also reportedly written to the company’s largest institutional investors to raise his concerns about aircraft acquisitions and the airline’s strategy.

Sir Stelios said: “These guys are welcome to resign any time. Hopefully our actions will restore sanity to the vicious cycle of fat cat bonuses and accelerate adoption of Business Secretary Vince Cable’s sensible proposals on executive pay.

“Simply put, if shareholders can vote down bonuses at EasyJet then bonuses will come down in all listed companies. And that is good for shareholders and pensioners whose pensions are invested in these companies.”