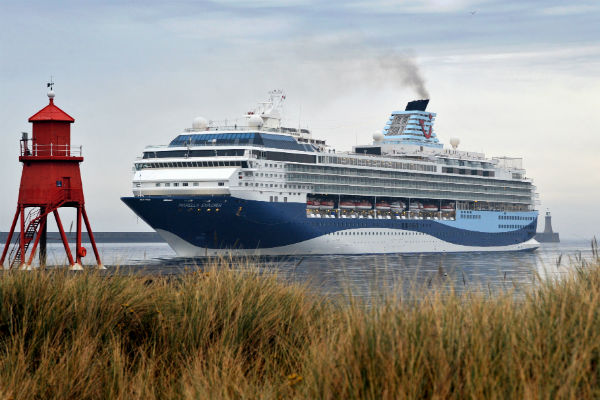 Tui has operated Hamburg-based Tui Cruises as a joint venture with Royal Caribbean since 2008.

Joussen discussed Tui’s efforts to raise liquidity after reporting a €3 billion loss for the 12 months to September, saying: “We will examine all levers. I would not rule out anything. It might be restructuring our assets. It might be M&A [mergers and acquisitions].”

But he insisted: “With Marella, the strategy is clear. The ships need to be in a separate investment vehicle. It’s clear what we want to do, but not clear how we will do it. We are certain we will find a solution, but with whom it is not clear.”

“We will take Marella assets off balance sheet. We will get our partners or new partners to finance new ships.”

He argued: “When the crisis has gone there will be an enormous scarcity of supply in the cruise business. Old ships have been scrapped. There will be demand.”

Joussen added: “We will manage our exposure down, take out cost and assets.” But he said: “We will not do a fire sale. We will do things sensibly, strategically.

“We are thinking about financial structures, but that is [at a] less mature [stage] so I can’t comment.”

Asked if he would look to sell Tui’s resort properties, he said: “Hotels are a little different. They have the beauty of a terminal value – different from aircraft and ships.

“Real estate has a relatively low monthly return, but has terminal value – meaning when it ends it still has value.”

Referring to premium brands RIU, Tui Blue and Robinson, Joussen said: “Our club brands we will not sell. Property that is non-core, we may.

“[But] the only thing we are changing is the ownership of properties. We will keep full control of strategic assets – those very important for the group. We only think an investment vehicle might be better.”

Tui announced it had arranged an additional €1.8 billion in liquidity last week through the purchase of shares and guarantees from the German state development bank and the group’s largest shareholder Alexey Mordashov.

Joussen noted: “It’s an unprecedented situation when you don’t have a product and even if you do you have to put services to customers on and off.”