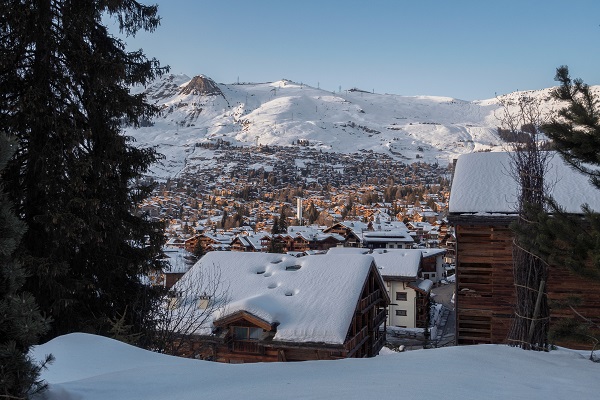 A spokesperson in Valais canton said 420 British guests had been booked into accommodation in Verbier before Christmas but only about a dozen were still in the resort.

Switzerland imposed a 10-day quarantine backdated to 14 December in response to news of a new virus strain spreading in the UK. It also banned flights from the UK on December 20.

The spokesman for Bagnes, an area of Valais containing Verbier, told Swiss newspaper SonntagsZeitung around 200 tourists had fled.

Most ski resorts round Europe have delayed the restart to operations this winter, but Switzerland and Austria were more relaxed than resorts in France and Italy.

Sandoz told the newspaper that the new quarantine had made it “the worst week our community has ever experienced”.

The Swiss health ministry, quoted by AFP news agency, on Sunday said two cases of the British Covid-19 variant – which is believed to be up to 70% more transmissible – had been detected in Switzerland, and one in neighbouring Liechtenstein. It also said there were two Swiss cases of the South African variant.