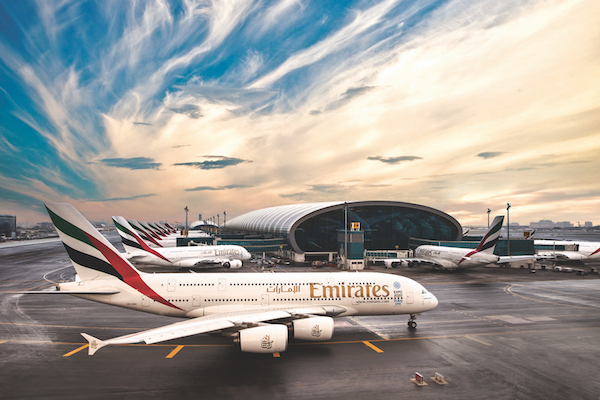 The UK government ban on travel from the United Arab Emirates (UAE) from 13:00 GMT today brought the cancellation of 78 services a week.

The UAE, Rwanda and Burundi were added at a short notice on Thursday evening to a ‘red list’ of countries from which travel is banned. This includes all of South America, Portugal – because of the amount of traffic from Brazi – and southern Africa.

The ban on entry to the UK for visitors from these countries is intended to prevent the spread of new strains of the coronavirus first identified in South Africa and Brazil.

UK and Irish citizens and third-country nationals with residence rights in the UK cannot be denied entry but will be required to self-isolate at home for 10 days upon arrival along with all members of their household.

The government has removed all exemptions to this quarantine requirement, including for air crew and ‘high-value’ business travellers.

It also removed the option of taking a Covid test after five days to secure an earlier release from quarantine if the test result proves negative.

The ban applies to all passengers departing the UAE and the other destinations, including transit passengers.

The heightened restrictions come in advance of new measures to minimise international travel announced by the UK government on Thursday.

These include ‘managed quarantine’ in hotels, the need to declare a valid reason for travel which will be checked by carriers, and enhanced policing and border checks.

More details of the measures are expected next week, with a roll-out date yet to be announced.

In a joint statement on the UAE travel ban, the UK Foreign Office and Department for Transport said: “The decision to ban travel from these destinations follows the discovery of a new coronavirus variant first identified in South Africa that may have spread to other countries, including the UAE, Burundi and Rwanda.”

Dubai imposed a ban on travellers from South Africa from January 23.

A UK airline source described the hotel quarantine restrictions as “extreme”, but said: “If it is restricted to countries with travel bans in place it can work. It doesn’t seem scalable.”

But the source added: “We have to know the pathway out of this.”

An aviation source agreed, telling Travel Weekly: “There has to be a clear pathway out, but it’s unclear what that pathway looks like and whether the government will provide one.

“They keep layering on restrictions and we get very little response to calls for a pathway out. The government bandwidth for thinking about this does not seem to be there.”

However, a senior UK leisure industry source warned: “The UK government has taken all the pain it’s going to get over lockdown and the public is probably behind them.

“People are saying ‘Why isn’t the industry screaming about this?’ But the industry would be flying in the face of its customers [if it did].”

A YouGov poll found 87% of UK adults in favour of making travellers quarantine in hotels for 10 days on arrival. Almost two in three (64%) backed a ban on all international flights.