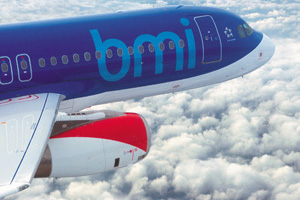 The European Competition Commissioner is expected to give British Airways parent International Airlines Group (IAG) the go ahead to buy BMI today.

Sir Richard Branson, president of Virgin Atlantic, made a last-ditch appeal for a halt to the deal ahead of today’s deadline for a decision, insisting it would cause “irreversible damage” to UK air travel.

Competition Commissioner Joaquin Almunia was due to decide whether to allow IAG to proceed with its £172.5 million purchase of BMI from Lufthansa or refer it for more-detailed study. This would delay the outcome until the autumn.

Both the Financial Times and Reuters news agency reported sources suggesting the takeover, agreed in December, would go ahead.

The deal would strengthen BA’s position at Heathrow where it already holds close to 45% of take-off and landing slots. BMI is the second-biggest carrier at Heathrow and would take IAG’s share to 53.5%.

IAG has offered to surrender 14 of BMI’s 56 pairs of slots at Heathrow if the deal goes ahead. Lufthansa is understood to have threatened to shut down the loss-making carrier if the deal is held up.

Branson wrote to the Competition Commissioner on Thursday arguing: “The Commission cannot sit back and allow big businesses to get bigger at the expense of smaller businesses trying to offer competition and choice.

“This deal represents the last major change in ownership of landing and take-off slots in the UK. BA already has a dominant position and any further increase in this dominance will seriously damage consumer choice.”

The Virgin Atlantic president added: “BA’s proposed remedies are woefully inadequate. I am battling to understand why the commission seems to be bending over backwards to clear this deal rather than submitting it to proper scrutiny.”

Sir Richard dismissed IAG’s argument that the deal would save jobs as “disingenuous”. He said: “We offer a compelling alternative to an IAG deal and are prepared to move quickly to re-open discussions with Lufthansa if the deal is not cleared.”