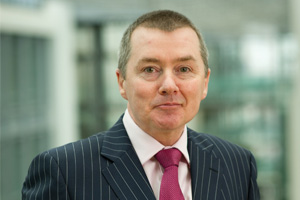 The move is disclosed in the British Airways/Iberia parent company’s annual report which showed that Walsh’s base salary increased by more than 12% to £825,000 in 2011 as he moved from heading BA to his current position.

The annual report said: The Chief Executive Officer of IAG proposed to the [remuneration] committee that his salary be frozen and kept at its 2011 level.

“After careful consideration, the committee accepted this proposal, though it is mindful of the need to continue to maintain base salaries at a competitive level, and will keep this matter under ongoing review.”

Walsh received a bonus of £302,000 in cash and shares based on “role specific objectives”.

“In addition, British Airways’ performance was strong, with increased levels of operating profit compared to 2010, and outperformance against customer service and punctuality targets.”

BA chief executive Keith Williams will see his salary increase to £650,000 this year over £630,000 in 2011 because of the company’s strong performance.

The BA parent saw premium traffic for the month grow by 6.7% year on year, with 6.2% growth economy travel.

Group traffic measured in Revenue Passenger Kilometres rose by 6.2% over March 2011 while capacity was up 1.1%.

But a 30-day wave of strikes by Spanish pilots in protest against the creation of budget carrier Iberia Express is impacting the company in Spain.

The situation is further compounded by further deterioration of Spanish macroeconomic prospects in the short term.

IAG said it expects to complete the takeover of BMI by around April 20. “It is intended that BMI mainline will be integrated into British Airways during the coming months,” IAG said.